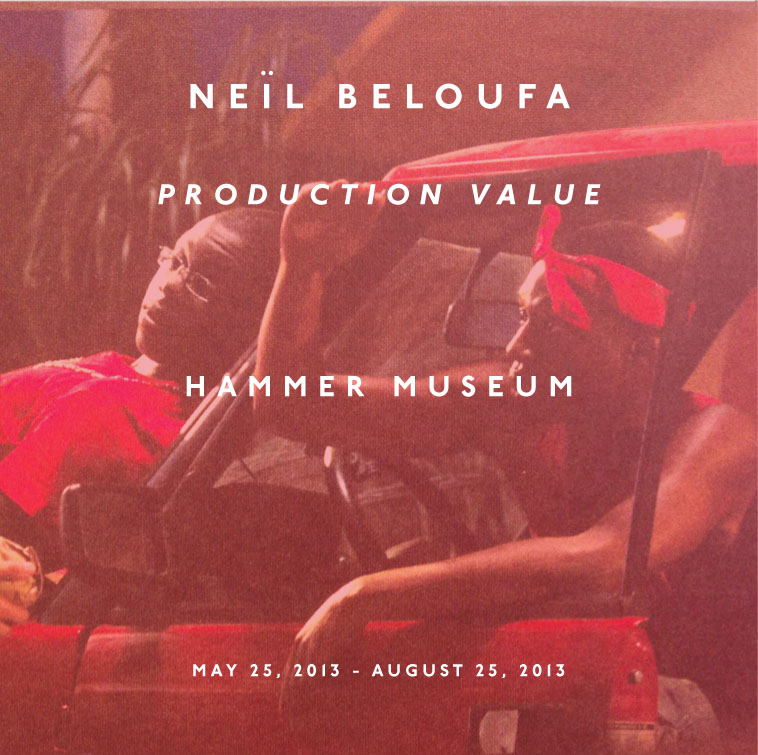 The Hammer Museum will be presenting Neil Beloufa’s “Production Value” May 25 – August 25. Neil Beloufa’s films focus on the slippery line between fiction and reality. He sets up situations in which both amateurs and professional actors explore enigmatic subjects ranging from extraterrestrials to nationalism, terrorism, and the future. During his Hammer residency in 2012, Beloufa produced a new film exploring the iconography of the red bandana. Disparate political movements and subcultures—including gangsters, hippies, rock stars, cowboys, and anarchists—have long adopted the red bandana as a sign of affiliation or camaraderie.

In his installation, Production Value (2013) Beloufa uses the red bandana as a vehicle in which to examine such subcultures and how these groups interact with each other and wrestle with existential issues when faced with a great catastrophe. Production Value will be screened in an installation designed by the artist in the Hammer’s video gallery. Hammer Projects: Neil Beloufa is organized by Ali Subotnick, Hammer curator.