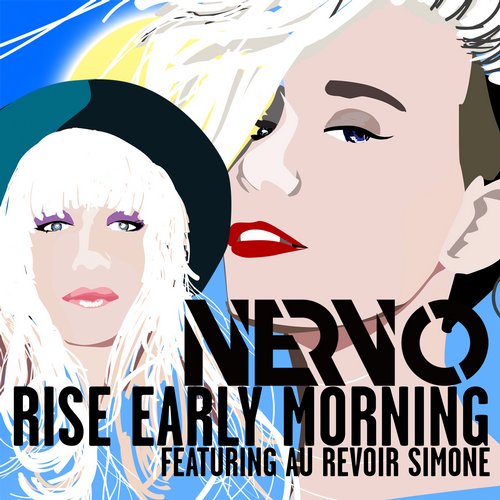 Australian DJ duo, Nervo, have signed with Ultra Music for the release of their highly anticipated debut album, Collateral. “We’re big fans of Ultra Music. They understand the electronic space that we want to be in and with their partnership with Sony Music, we’re excited about being part of a larger family” says Nervo. Their first single with the label, “Rise Early Morning” ft. Au Revoir Simone, is now available for purchase. The full album will be released spring 2015.

From songwriters to artists and super-fans to superstars, electronic dance music’s first sisters – Mim and Liv Nervo of Nervo – have catapulted onto the international stage, straight from the pit in front of it. Mim and Liv’s career took off in 2009, when they co-wrote and produced the emphatic and global hit “When Love Takes Over” for David Guetta and Kelly Rowland. However, their journey into dance music started years prior in the festival fields of their native Australia, where as teenagers they took every opportunity to go and see electronic acts like: The Prodigy, Basement Jaxx, and Fatboy Slim. “Purple hair and purple lipstick; we did it all,” says Mim. “We almost broke ribs being in the front row of the mosh pit. We were those people in the crowd for so many years, to be playing on the same bill with some of those artists now is just electrifying.”

Stay tuned for our exclusive interview and photo shoot with the Nervo sisters coming soon!

0
The Untitled Magazine November 19, 2014
No Comments Yet