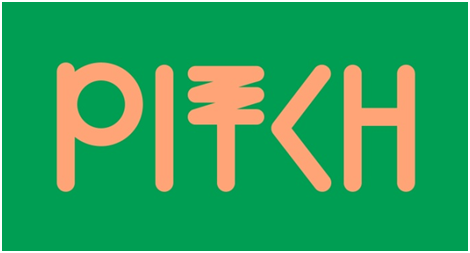 Held in the heart of Amsterdam, we are delighted to announce the next batch of artists for PITCH Festival 2013. Taking place on 5-6th July, the contemporary music festival mixes live bands, DJ sets alongside stimulating visuals into an eclectic festival experience.

2013 will be the festival’s 3rd edition – the inaugural event in 2011 saw 8,500 visitors to the site and in 2012, PITCH grew in size to 15,000 – both sold out and past line ups have included the likes of The Weeknd, Die Antwoord, SBTRKT, Azari & III, Gold Panda, Jessie Ware, Maya Jane Coles, Gaslamp Killer, Modeselektor, Jackmaster and many more.

Held in the post-industrial site of Cultuurpark Westgasfabriek, this summer the festival will take place over 5 indoor venues and 1 outdoor park stage and will see around 20,000 punters across the weekend.

Warp Records are providing a strong contingent with Rustie, Darkstar and Hudson Mohawke (DJ) all new confirmations. They will play alongside the acclaimed Julio Bashmore, Australian producer Flume and the hotly tipped electropop band CHVRCHES.

Father of Ethio-jazz, Mulatu Astatke will be playing a very special show at PITCH, and the festival will also host a showcase of Shangaan Electro – the South African music scene dedicated to super fast beats – core members the Tshe Tsha Boys and Richard ‘Nozinja’ Mthethwa aka Dog will both perform.

Remixer-du-jour Cyril Hahn, British electronic duo Bondax and experimental folk band Tunng are some of the other excellent new confirmations.

The Cultuurpark Westgasfabriek is a redeveloped factory site situated in Amsterdam West, walking distance from the central station. The beautiful and industrial 14-hectare city park that surrounds Westgasfabriek provides an urban oasis in the centre of Amsterdam. Using the monumental buildings as venues and combining it with an outdoor park stage makes the perfect, unique home for PITCH Festival.

+ more names to be announced soon