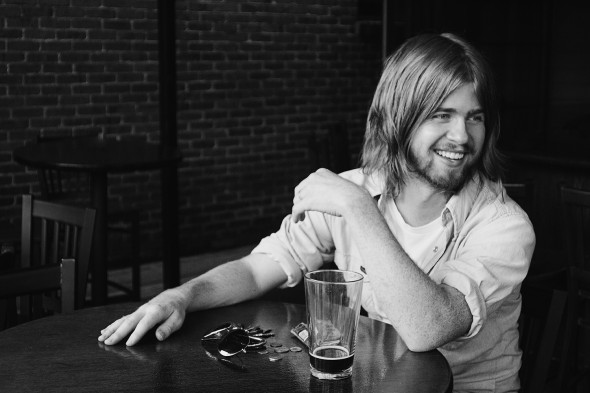 Andrew Leahey & The Homestead‘s Summer Sleeves is the sound of the modern South: its cities, its open spaces, and everywhere in between. The Nashville-based Leahey recorded the songs with the Homestead, a group of childhood friends and Virginia-based musicians who added organ, harmonized guitar riffs, pedal steel, and three-part harmonies to the mix.

Mixed by David Barbe (Drive-By Truckers, REM, Son Volt), Summer Sleeves is co-produced by Leahey, guitarist Phil Heesen III and local musician JL Hodges, Summer Sleeves was recorded in several days at a friend’s home studio, with the Homestead nailing most of their parts in two or three takes. The EP’s debut single Little In Love is available for free download via the band’s Soundcloud page.

Leahey wrote “Little In Love” on the drive home from Austin after playing SXSW 2012. “I started thinking about those fleeting moments where everything seems so promising, so perfect and infinite… and I wound up writing “Little in Love,” which is about the moment in a new relationship where the whole world just unfolds itself in front of you,” explains Leahey on his inspiration for the track – which arrives just in time for Valentines Day 2013.

Summer Sleeves was written over the course of 2012. Leahey spent most of the year on the road, driving the 600 miles between his adopted hometown of Nashville and his native Richmond, Virginia. The trips were long, taking him over the Smoky Mountains, across the Appalachians and through a handful of cities. He passed the time by listening to several albums on repeat — Whiskeytown’s Strangers Almanac, Bob Dylan’s Highway 61 Revisited, Tom Petty & the Heartbreakers’ Live Anthology, Drive-By Truckers’ Brighter Than Creation’s Dark — and filing away ideas for his own songs. Those ideas, inspired by the rock & roll coming from Leahey’s stereo and the landscape unfolding outside his car window, became the songs on Andrew Leahey & the Homestead’s new EP, Summer Sleeves.

This is music for city highways and country lanes, for pop fans and roots rockers, for the heart as well as the heartland.