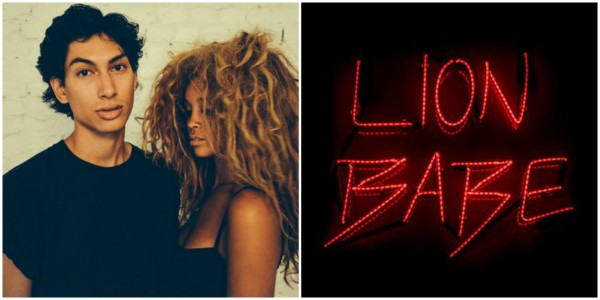 In March 2013, at the invitation of the Outsiders Music label head Amanda Ghost, Lion Babe, the duo made up of Lucas Goodman and Jillian Hervey, flew to London to set up shop in a local recording studio. Before they could even settle in, the New York-based duo had laid down a monumental track. “We made that song within the first hour of landing,” the multi-instrumentalist Lucas Goodman recalls of “Jungle Lady,” a smooth, island-flavored cut inspired by the studio’s royal-blue interior. “We’d have a beat going, and then I’d just go into the booth and ad-lib and come up with some melodies in, like, 10 to 15 minutes,” adds the singer Jillian Hervey. “I said, ‘You need a jungle lady,’ as a joke. Once that moment happened organically, we built the whole track around that.”

Featured on the duo’s self-titled debut EP, out December 15th via Outsiders / Polydor Ltd (UK) / Interscope, “Jungle Lady” encapsulates Lion Babe’s multi-faceted sound: progressive in its juxtaposition of reggae with brash, hip-hop rhythms, vintage in its deployment of classic soul-style vocal melodies. For the music video, directed by the Spanish filmmaker Camila Falquez and premiering below, Hervey showcases her formal dance training, sashaying on the streets of New York. “I felt weirdly like George Clinton,” she says of the seductive visual, for which she donned beads and feathers procured from a local crafts store. “Our jungle really is New York: the sights and sounds and how people move. That’s our landscape.”

Hervey and Goodman first connected at a Northeastern University college party (“I was super-nervous and awkward,” Hervey recalls), then crossed paths once both were living in New York. “It was inevitable for me to be in the arts,” says Hervey, whose mother is the singer-actor Vanessa Williams. Goodman, who took up guitar at age 11, concurs: “The goal was always to be creative for a living. What’s better?”

Watch their music video of “Jungle Lady” below:

0
The Untitled Magazine December 15, 2014
No Comments Yet