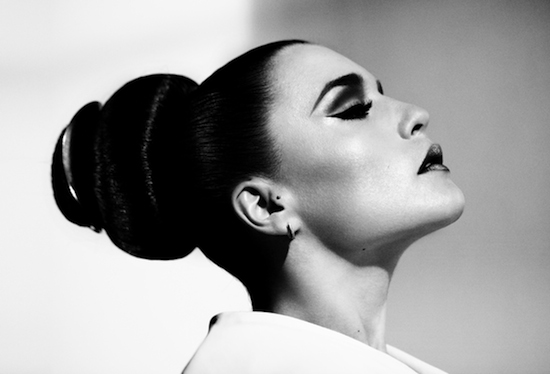 UK soul chanteuse and two-time Brit Award nominee Jessie Ware has released the video for her recent single “Say You Love Me,” from her forthcoming sophomore album Tough Love, today. The video was directed by Tell No One, the London-based experimental film duo: Luke White and Remi Weekes. Tell No One’s work has been screened at New York’s Guggenheim Museum and the British Film Institute. “When I found out Tell No One were interested in directing ‘Say You Love Me,’ I was so confident they would deliver something visually beautiful and provocative,” said Ware. “They are such talents and I have been a fan of their work for a while. It was an absolute pleasure to work with them on this.  It was probably the most technically challenging thing I have worked on, but for them, it looked like a walk in the park.  They have such confidence in what they do, it was inspiring to watch.” See the moody music video, which features Ware brooding in front of what looks like the backdrop to a natural history museum, below.

For Tough Love, Ware also teamed up with Miguel, Arctic Monkeys producer James Ford, Toronto’s Nineteen85 (Drake) and Ed Sheeran amongst others. Tough Love marks the beginning of Jessie Ware – not the backing singer or the club-track vocalist – but the solo artist: “I can’t keep going round going ‘oh my god, this is happening,’” she says of her new album. “I feel more confident and I think that shows on the record, even the way I deliver the vocals is more upfront. Being a singer is a fucking wicked job, but it’s definitely my job now.” Be sure to keep an eye on Ware, as a North American tour followed by a European run will soon follow suit after the release of Ware’s second album.

0
The Untitled Magazine September 12, 2014
No Comments Yet