This year, New York Fashion Week, now titled NYFW The Shows, is presenting a refreshing spin on a week filled with a extravagant designs and a-list attendants. Fashion Week will take place in three locations on September 10th until September 17th, Skylight at Moynihan Station in Midtown and Skylight Clarkson Square in Soho, and MADE Milk Studios.

Since 2010, NYFW took place at Lincoln Center, but after the Supreme Court of the State of New York County ruled the the center was unfit to house the week-long event due to violating its use as a public park, IMG was prompted to look elsewhere. The venue might be different, but designers such as Rag & Bone, Ralph Lauren, and Phillip Lim are no strangers to the new space. The show must go on.

So clear your calendars and get ready for what is expected to be a magnificent week. In addition to fashion shows, there will be a number of events, presentations, and celebrations to attend. Check out the preliminary schedule, and stay tuned for updates: 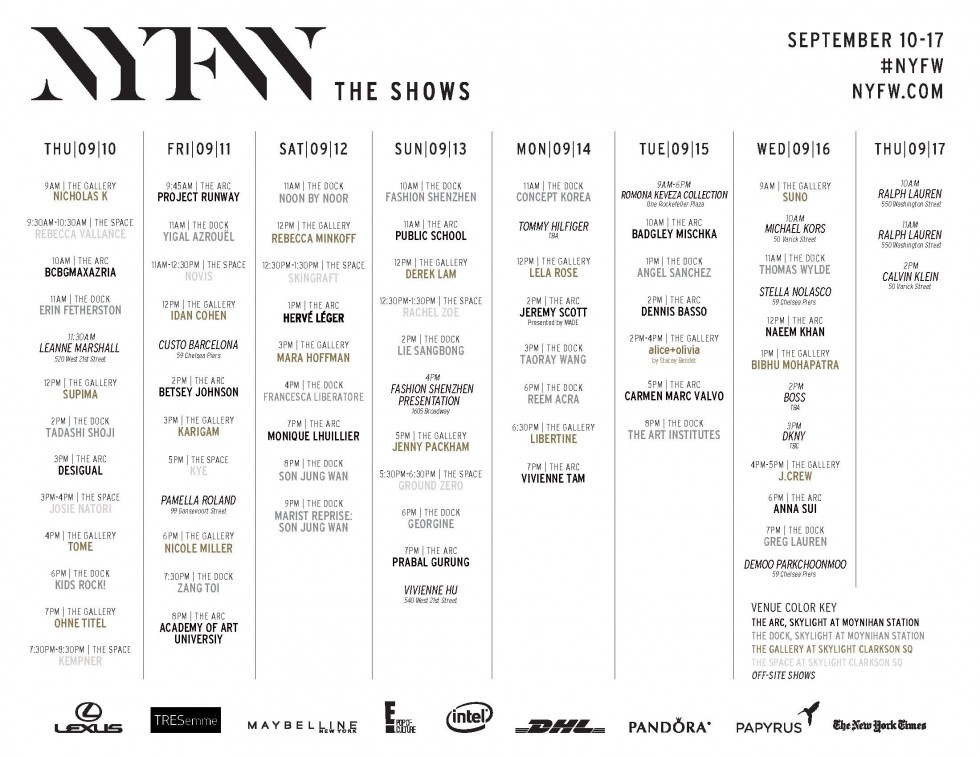