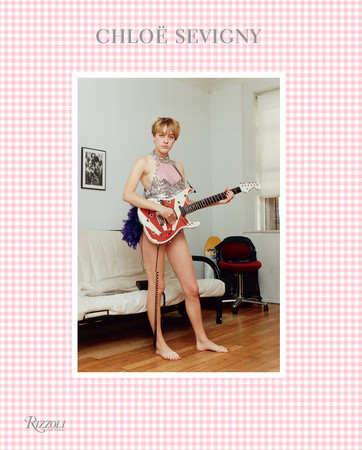 New York’s favorite downtown darling, eclectic fashion muse Chloë Sevigny will be releasing a decade-spanning retrospective album of photographs and intimate moments April 21 via Rizzolli. The idea for the book, titled Chloë Sevigny, came after the icon encountered a Japanese fan who had created a fan book, she told Vogue. Along with items from her own calendars and scrapbooks the book includes personal photos taken by friends of Chloë as a teenager, stills from her films and photo shoots for brands such as Miu Miu and Chloé. Along with an acting career largely launched by the controversial cult 1995 film Kids, she’s cultivated both indie and mainstream success in both modeling and fashion design as well – but remains perhaps best known for her place as an avant-garde muse and ultimate it-girl. Chloë Sevigny includes an foreword by Kim Gordon and an afterward by Natasha Lyonne.

Sevigny will be appearing in the upcoming season of American Horror Story: Hotel.

THE DINNER SALON - A RETURN TO SOCIAL NETWORKING WITHOUT THE INTERNET