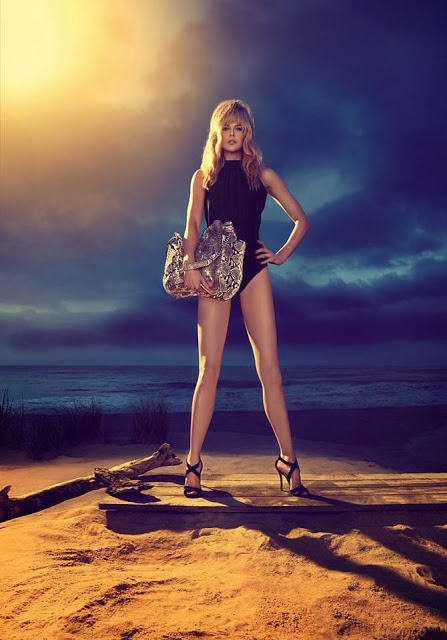 Relinquishing her second season with Jimmy Choo, Nicole Kidman is the face and feet for the Cruise 2014 Campaign. The Oscar-winning Australian actress is famed for her titan mane and this term around, she channels a blonde siren. Kidman portrays Brigitte Bardot, with a beehive reminiscent of the ‘60s star. Bardot was such a presence in the French and Italian cinema. She is one of the best-known sex symbols during the 1950s-60s’, next to Grace Kelly and Monroe. Last season, Kidman played a Hitchcock heroine with a short fiery bob, in a film-noir inspired shoot – this year it’s all about the goddess locks in a paradisiacal ambience. 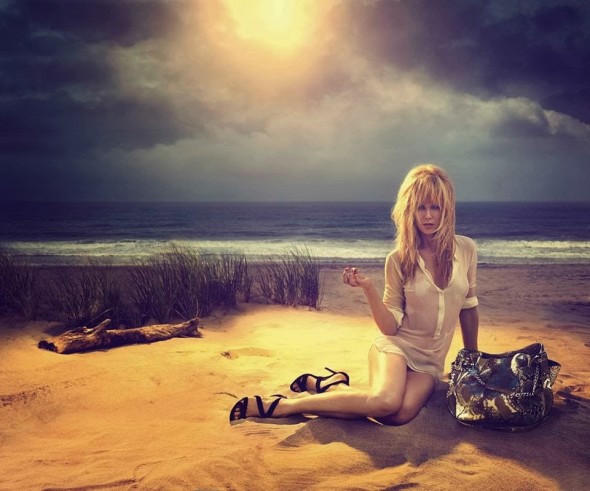 According to Jimmy Choo’s creative director, Sandra Choi, the new collection will take wearers from “glamorous champagne soirées to poolside margarita lounging” in an instant. Adding, “Yet again Nicole has perfectly captured the strength and complexity of the Jimmy Choo woman; the depth of her character also conveys the playful and sultry mood of our Cruise collection. She radiates with the magnetic aura of iconic actresses from the 60s”.

Camilla Akrans shot the campaign, against the Hampton beaches, capturing an alluring Kidman in her winged eyeliner and voluminous hair. In the clip, she speaks of her past party-girl character, nostalgic of a particular soiree back in ’99 during her time with Moulin Rouge. “If I’m in the mood I’ll be the girl that will dance on the tables with a snake. I have been known to be the party girl of all party girls,” the 46-year-old confesses before clarifying that, “Tall women shy away from heels but I don’t. I like to have the luxury of just putting on something that’s really high because I feel sexier.”

The campaign is set to release in December, globally. Kidman mentions briefly that the Sunday style is her favorite out of the collection, crediting it effortless due to its ankle style and a sort femininity it delivers.

Shop The collection at jimmychoo.com 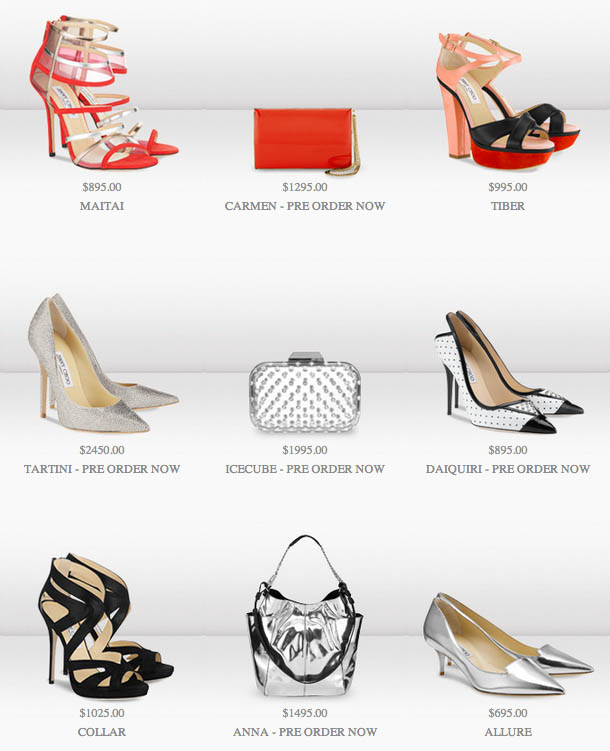 THE SARTORIALIST COLLABORATES WITH THE ART OF SHAVING