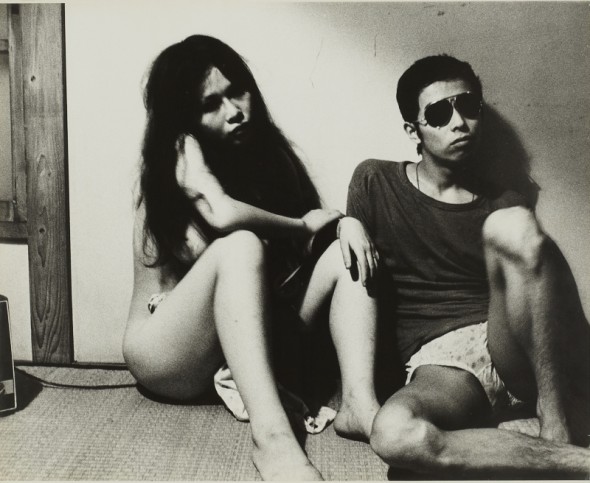 Documentary, photography, and the camera are all about performance. Performance is truth and it must be reproduced. Women, men, and the city are all protagonists. They all perform and live. They perform as best they can to live.

Araki, who has continuously produced very personal photographic works, produced as a result of his thick involvement with his subjects, has published books dealing with the latent fictitious nature of photographs since the 1970s. In Nobuyoshi Araki’s Pseudo – Reportage (1980), he added documentary-like, yet partly false texts to his photographic images. In Nobuyoshi Araki’s Pseudo – Diary (1980), he used the camera’s dating function to print false dates on his images. “Tokyo Blues” is a ‘made-up’ documentary that begins with a woman from Kyushu, whom Araki met. She moves from her hometown to Tokyo. Araki felt the women he encountered and their pasts were ‘blues’-like, became attached to their ‘performances,’ and ‘reproduced’ them. In his 1978 bookDramatic Shooting: Actresses he writes, “Behind the dictionary’s back, I once called women, who had a presence that was more than real, ‘actresses.’ In fact, however, all women are more than real. Each and every one of them is ‘the actual thing.’ All women are therefore actresses.”