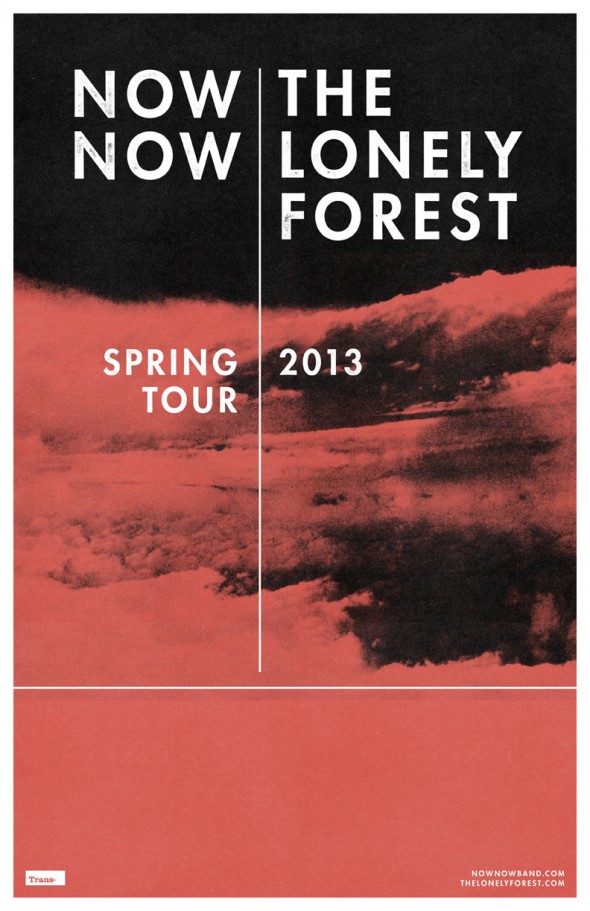 Minneapolis trio NOW, NOW, are excited to announce their April/May co-headline tour with Trans- Records label mates The Lonely Forest. The tour follows dates with Minus The Bear and Circa Survive, as well select gigs opening for Bob Mould as his personally invited guests this February and March.

Now, Now are hitting the ground running this year after an incredible 2012 that saw the band make their late night TV debut on Jimmy Fallon, play to sold out crowds during their first headline tour of the UK, and their sophomore album Threads win numerous accolades including a selection as one of NPR’s top 50 releases of the year. The spring tour with The Lonely Forest will be the bands first US headline run in support of Threads after successful stints opening for The Naked And Famous and the Grammy winners Fun. in 2012.