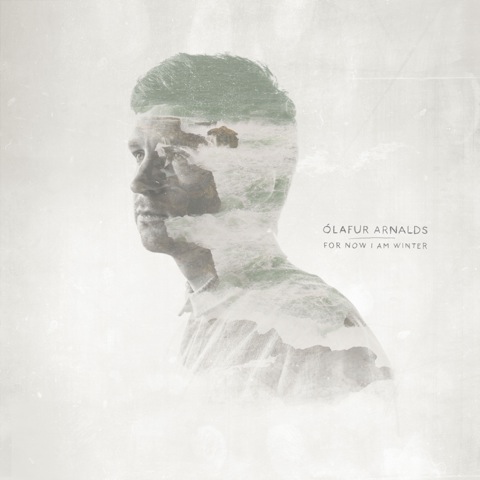 Icelandic composer ÓLAFUR ARNALDS has debuted his first ever live action video for the song ‘Old Skin’ with PASTE, directed by Magnús Leifsson. The track features vocals from Icelandic singer Arnór Dan and is taken from Arnalds’ forthcoming studio album, For Now I Am Winter, due out on April 2nd with Mercury Classics. Composer Nico Muhly provided orchestral arrangements, and Arnalds introduces vocals to his songs for the first time through Arnór Dan. A 4-song sampler of the album, called The Winter EP, is available digitally this week on iTunes to tide fans over until the album release. After a lauded set at this year’s Iceland Airwaves, including an intimate KEXP live broadcast performance, Ólafur will return to the US with laptop and string section in tow for several live performances at this year’s SXSW [Dates Below].

Arnalds continues to steadily build a reputation as one of the world’s most bright and able young composers. Purveying a neo-classical style with an array of influences which range from electronica to minimalism, Arnalds is an artist who draws from a variety of sources whilst maintaining his own unique sound. Since the release of his 2007 debut, Eulogy for Evolution, the 26-year-old, has put his name to a variety of projects. Since 2009 he has scored films and TV shows including Another Happy Day, ITV’s upcoming drama Broadchurch and the Vanessa Hudgens-starring feature film Gimme Shelter, as well as having tracks featured on the soundtracks to Hollywood hits The Hunger Games and Looper. He’s also released two EPs each composed in a week; Found Songs in 2009 and Living Room Songs in 2011. Both of these collections featured works written and recorded in a day, the former innovatively released through Twitter and the latter released to his fans with accompanying videos through his social media channels and website.

For Now I Am Winter Tracklisting