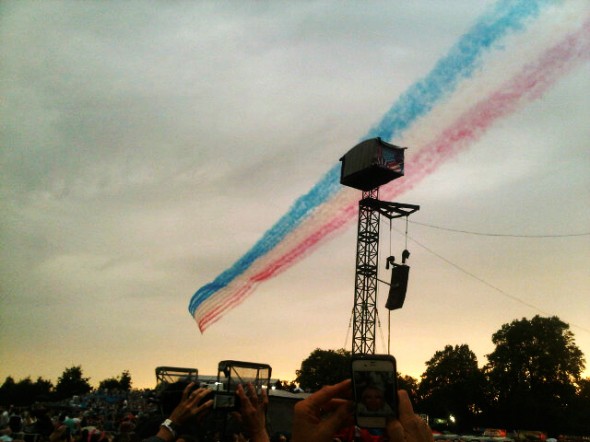 Our international Special Events Editor & Fashion Correspondent, Lady Victoria Hervey, reported to us from London on the Olympic summer events and happenings.

Every four years, millions upon millions of people come together to watch and celebrate the world’s eminent athletes as they perform feats that seem impossible to the rest of us mere mortals. This year, the 2012 Summer Olympic Games kicked off in London on July 27th with a spectacular bang that included a rousing performance by Paul McCartney and a pyrotechnics-inciting declaration by the Queen of England herself to “open the games of London”. While the event is designed and executed with the purpose of extolling the highest achievements in sportsmanship, there were also a slew of attendant happenings on which The Untitled Magazine’s Special Events Editor & Fashion Correspondent, Lady Victoria Hervey, had her pulse. Here are a few that stood out in particular: 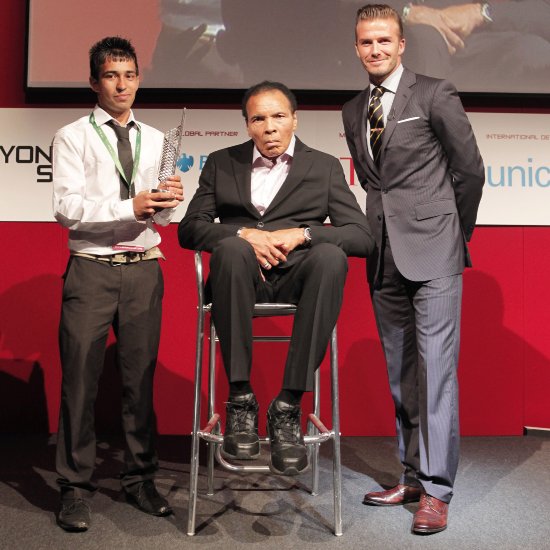 In keeping with the basic tenants that have defined the Olympics time immemorial, namely international cooperation, unification and cultural exchange, Sports for Peace—an initiative to provide athletes with a platform to promote those very tenants—hosted a gala to honor Muhammad Ali and his non-profit, The Muhammad Ali Parkinson Center. The charity event, which was thrown at the Victoria & Albert Museum on July 25th, included a black tie gala dinner and an auction hosted by Christies, which featured the use of personal ipads at each guests’ place setting. Ticket prices for the event ran upward of £2000 and among the guests were celebrities, athletes and politicians alike, including Rosaria Dawson, Lewis Hamilton and Lauren Bush.

Ali, an Olympian-turned-peacemaker was honored for his lifelong service to civil rights issues, as well as his accomplishments as an athlete. All proceeds went toward his foundation. “It was an honor to be at such an amazing event,” said Lady Victoria, “and to be surrounded by so many talented people in the world of sports, all coming together for peace.” 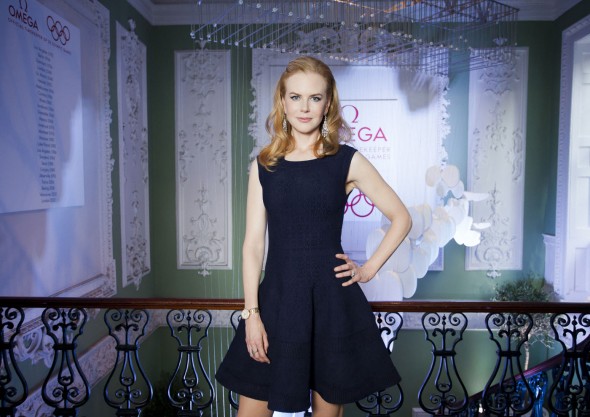 On July 31st, in the heart of London’s trendy SoHo district, Omega’s brand ambassador Nicole Kidman helped launch the watch company’s newest ad campaign. Apropos to the commencement of the Olympics—as Omega was the official timekeeper of the London 2012 Games after all—the private party took place at The House of St. Barnabas, a historic building nestled deep into the winding streets of one of London’s most complex neighborhoods. “The trek to get there amid Olympics madness proved to be quite an ordeal”, said Lady Victoria. The effort was definitely worth it though. The house had been remodeled specifically for the launch. Hervey described how each room was designed to “reflect an Omega collection or timepiece”. The new space then served as a  club for the watch company’s private events during the Olympics. One of its more eye catching features was a white sculpture of a diver, designed for Omega by Wootton and Dawe, suspended like a mobile above the house’s long, winding staircase, as a nod to the company’s long-established diving watch lines.

The party was attended by about 400 guests, including Kidman and her husband Keith Urban, Kit Harrington and Eddie Redmayne to name a few. Jarvis Cocker, from the Brit Rock band Pulp spun the tunes for the evening. 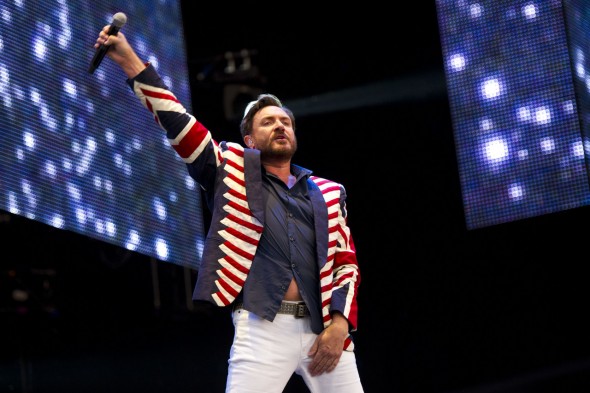 On opening night, England’s timeless Brit Pop darlings, Duran Duran, headlined a mammoth live show in Hyde Park, attended by nearly 50,000 people. So singular it was in its importance that it warranted an extension by London’s officials of the city’s typically strict (and early) noise curfew, commented Lady Victoria. Each band in the lineup represented a different country of origin in the United Kingdom, including Paolo Nutini from Scotland, Welsh natives Stereophonics and Ireland’s Snow Patrol. From backstage, Victoria danced to Duran Duran’s performance of “Reflex” during which Red Arrows flew above the crowd, and Snow Patrol’s hit “Chasing Cars” coinciding with massive live video projections on screens overlooking the park, of Olympic athletes attending the opening ceremony.

The invite-only after party at Cuckoo was “quite the spectacle” and was sponsored by Belvedere, Peroni and Moet Hennessey. 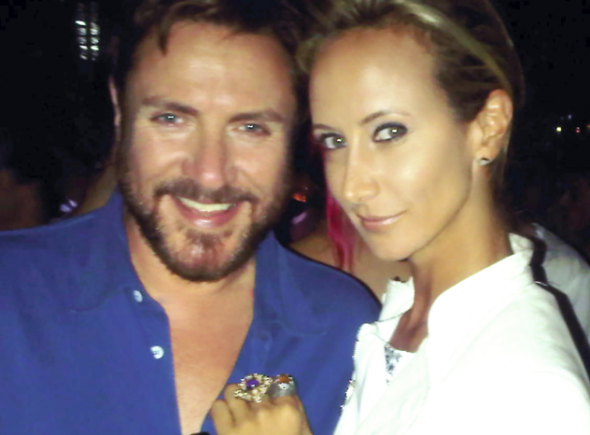 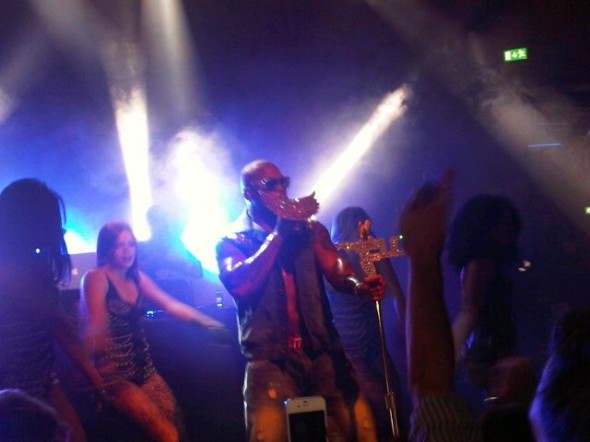 On July 26th, following suit with other pre-Olympics events throughout the city, the Tate Modern celebrated the birth of its new gallery ‘South Tank’ by throwing it a fabulous party. Among the musical guests who helped make it memorable were Paolo Nutini, Mark Ronson and a surprise performance by
Flo Rida. In solidarity with all things British, the party guests were served classic treats such as Yorkshire pudding and roast beef canapés.

Sponsored by Belvedere, the event also featured a light show at the entrance ramp that gave each guest a haunting glow as they walked toward the gallery. The bash was full of familiar faces, including Poppy Delevigne, Amber Le Bon, Eliza Doolittle, Caroline Flack, and Nicola Roberts. “I loved Nicola’s dramatic red evening gown,” gushed Victoria. “And it was cute how she paired it with Superga trainers as a nod to the Olympics.” 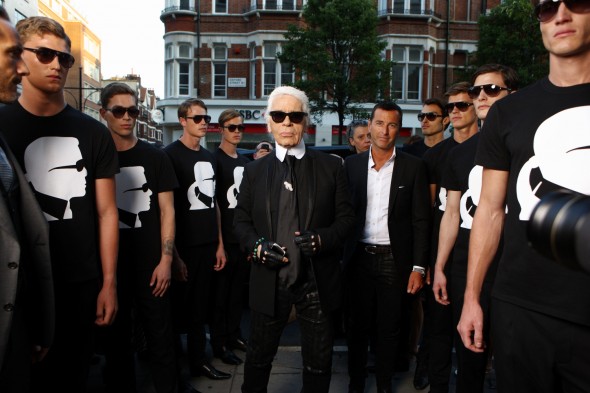 Fashion made its statement at the Olympics on July 25th, with Karl Lagerfeld’s launch of his new pop-up capsule collection for the biennial event, entitled “Team Karl”, featuring sporty outerwear, skinny jeans, and of course the requisite Olympic medal-themed jewelry line. “The entire fashion crowd came out for this!”, said Lady V. The guests, who included Daphne Guinness, Jefferson Hack, Talullah Harlech and Edie Campbell were treated to rooftop cocktails at the store, and partied to DJ sets by Harley Viera Newton and Alison Mosshart. Selfridges’ designated ‘Karl store’, which will occupy the third floor of the building, was also launched for the event, to which guests were given exclusive shopping access. 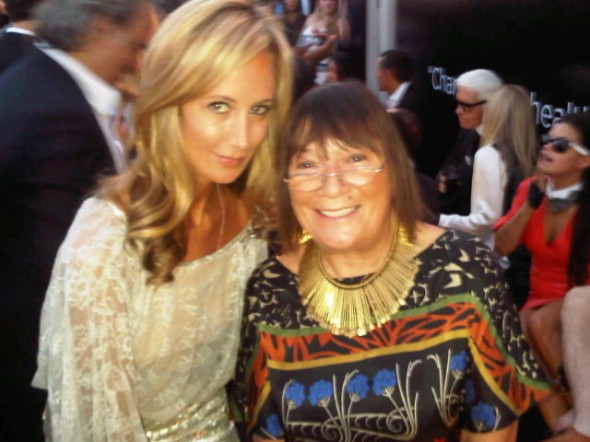