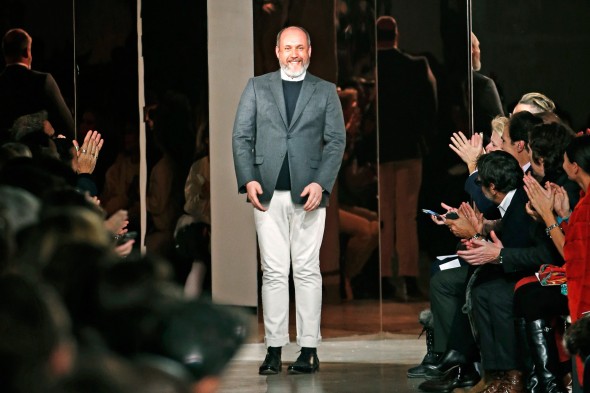 The Oscar de la Renta luxury label held its first Fashion Week show Tuesday since the designer’s death for a touching and emotional night. His successor, Peter Copping, showed an array of luxuriously feminine looks down the runway. Loyal loved ones and devout clients filled the show, among those spotted included Karlie Kloss, Taylor Swift, Barbara Walters, Mercedes Bass, Catie Marron, Lally Weymouth and Mica Ertegun. The mood was respectful, yet hints of expected melancholy held heavy in the air. Peter Copping was handpicked by de La Renta, and kept his mentor alive with classical themes we’ve all come to know and love throughout the collection, with his own touch of whimsical delicate romanticism. Perfectly tailored cha-cha dresses, prints inspired by New York city skylines, and brooding colors respectfully cascaded down the runway. 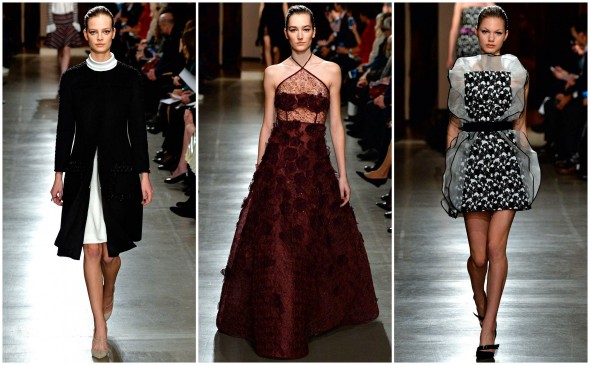 Copping had placed a hand-written note on the chairs of each guest in attendance reading: “I am immensely proud to have been chosen as the creative director of Oscar de la Renta. Unfortunately things did not go according to our plans and I never had the chance to work with Oscar, which is something I deeply regret.” The two had plans to work as a team before De la Renta’s death. One can barely fathom the pressure Copping is feeling to follow in his footsteps. De la Renta died of complications from cancer on October 20, 2014, at his home in Connecticut. He was 82-years-old.