FASHION, INTERNATIONAL, LONDON, MENSWEAR
May 31, 2013
by The Untitled Magazine
0 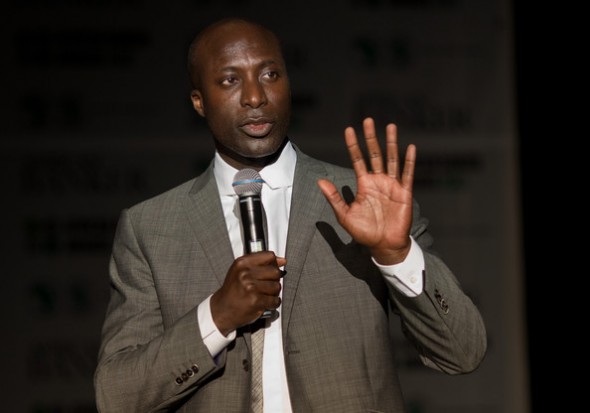 Internationally-renowned designer Ozwald Boateng OBE curated a stunning fashion show featuring four designers from Africa or its diaspora communities, wowing guests at his Gala event Celebrating Africa’s Progress, in collaboration with the IC Publications Africa Bankers Awards, in Marrakech, Morocco.  The thrilling designs of Amine Bendriouich (Tunisian), Pierre Antoine Vettorello (French Ivoirian), Samantha Cole (British-Nigerian), and Mimi Plange (Ghanaian-born Californian) were brought together for the show, featuring 30 models, including Sessilee Lopez and Sonja Wanda, by Mr Boateng as his Made in Africa Foundation celebrated the enormous positivity coursing through the African continent and its diaspora in terms of creativity and commerce.

In addition to the Fashion Show, the Gala event also featured electrifying musical performances by John Legend and Youssou N’Dour, with the after-show featuring Yasiin Bey (formerly Mos Def) and Akon as DJ’s. Earlier in the day, the Made In Africa’s principle of bringing together the continent’s skillsets to co-operate towards progress bore significant fruit with the signing of the Marrakech Undertaking by the Olusegun Obasanjo Foundation – a recognition of the foundations’ mutual obligations to assist in the development of the continent, focusing on transformational infrastructure projects.

The event was attended by 400 leaders of the world’s banking and investment community, gathering in Marrakech for the African Development Bank’s annual summit, concentrating on creating progress and investment across Africa. Ozwald Boateng commented: “Africa has been the inspiration of all great artists such as Picasso and designers like Yves Saint Laurent. As Africa rises and we see the African century our creativity in all the arts will be clear.”

The Made in Africa Foundation

The Made In Africa Foundation is a charitable organisation, established to support strategic infrastructure projects and create sustainable solutions to some of Africa’s most pressing problems. It works to support technical feasibility studies, to kick start key infrastructure developments like road, rail, ports, and refineries, and to engage the African diaspora in innovative fund-raising activities. The Foundation was founded in 2011 by international designer Ozwald Boateng MBE, and Nigerian businessman Kola Aluko, and is supported by Atlantic Energy.