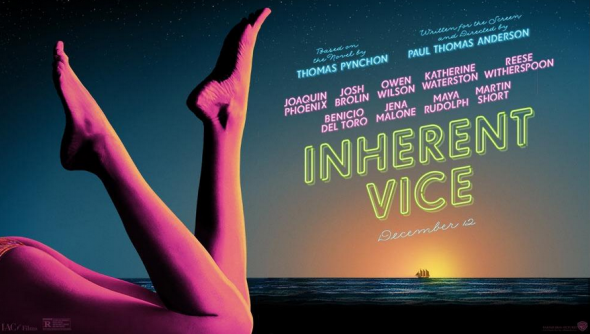 Oscar nominees Joaquin Phoenix and Paul Thomas Anderson have teamed up once again for the 2014 release of Inherent Vice, the latter’s directorial follow up to 2012’s The Master, a film loosely based on scientology founder, L. Ron Hubbard. Based on the 2009 novel by Thomas Pynchon, whose works include: V. (1963), The Crying of Lot 49 (1966), Gravity’s Rainbow (1973) and Mason & Dixon (1997), Inherent Vice, set in Los Angeles in 1970, tells the story of “Doc” Sportello. A private investigator and stoner, his life gets turned upside down when his ex-girlfriend pays him an unexpected visit to tell him an elaborate story, which involves her billionaire land developer boyfriend, her boyfriend’s wife and her boyfriend, and their scheme to throw the billionaire in a “loony bin.”

Having starred in the 2013 romance-drama, Her, written and directed by Spike Jones, Phoenix stated in an interview with Indiewire that, “I like working alone. But if I am to work with other actors, this cast is a dream.” When asked about his role as “Doc,” the actor said, “There’s something really idealistic and kind and thoughtful about him, but he does have his vice, and I think that’s rare. That’s what struck me about the book, and hopefully we captured that in the movie.” 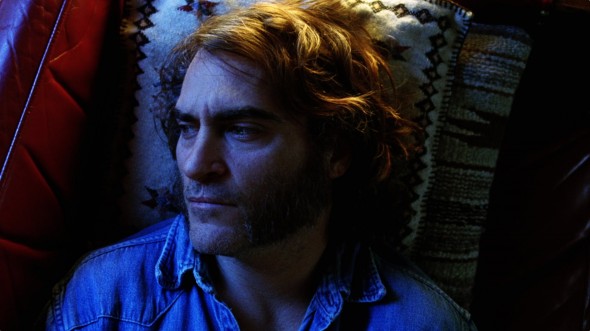 The film’s title also refers to “the tendency in physical objects to deteriorate because of the fundamental instability of the components of which they are made, as opposed to the deterioration caused by external forces.”

Director Paul Thomas Anderson, whose previous directing credits include Boogie Nights (1997) and There Will Be Blood (2007), recently said in an interview with NPR that adapting Pynchon’s work made him feel like a student again. “When you have a book as your Bible that you’re going back to, that’s the work – constantly underlining it, constantly looking at different things that Pynchon has written here and there,” the filmmaker/screenwriter stated. “And you hope to catch a line that will really kind of reverberate.

Inherent Vice is the first work by Pynchon to be adapted for the big screen. “Obviously Pynchon is a flesh and blood person who exists, who wrote the book, but he spent a lot of his life, his entire professional career deciding, I don’t want to be a part of whatever the spotlight is. And that’s groovy with me,” Anderson said. 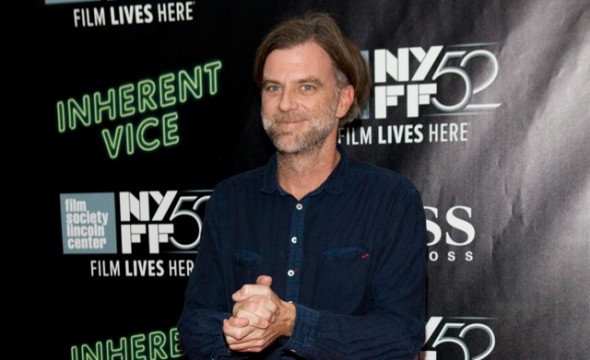 After premiering at the New York Film Festival on October 4th and entering limited release on December 12th, Inherent Vice, presented by Warner Bros. Pictures and a Ghoulardi Film Company production, is slated to hit theaters everywhere on January 9, 2015. Don’t forget to miss The Untitled Magazine‘s exclusive interviews with Michael K. Williams and Sasha Pieterse, who both star in Anderson’s movie.

See the trailer for Inherent Vice below: