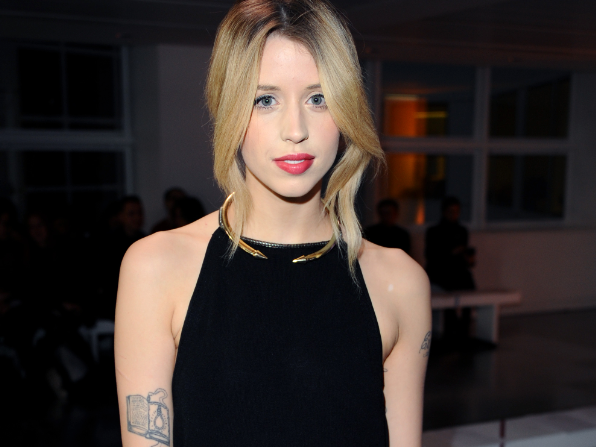 Peaches Geldof, British socialite, model, journalist, and TV personality, passed away on Monday in Kent. Peaches was all of twenty-five years old and had two sons – Phaedra (11 months) and Astala (23 months) – with husband, Tom Cohen. The daughter of Bob Geldof and the late Paula Yates, Peaches lived a colorful life up until her very last day, which she spent with her two sons.

Throughout her life, Peaches made headlines for her wild partying, controversial religious affiliations, divorce, and leaked photos but everything changed when she gave birth to her first son, Astala, in 2012. Photos of her gorgeous wedding to Tom were published in print and the world caught their first glimpse of the new Peaches Geldof. It wasn’t long thereafter that the gorgeous Brit would make headlines for other reasons entirely; from her stunning fashion during red carpet events to her adorable outings with her new baby boy, Peaches had changed her life for the better. Just under one year ago she gave birth to her second son, Phaedra, and began speaking out about Attachment Parenting. She was slated to become a regular columnist for a parenting magazine this year.

The cause of death has yet to be determined but police spoke out, confirming that it was ‘sudden’ and ‘unexplained’ as well as ruling out any sort of foul play. Peaches’ husband Tom spoke out in a statement, “My beloved wife Peaches was adored by myself and her two sons Astala and Phaedra and I shall bring them up with their mother in their hearts everyday. We shall love her forever.”