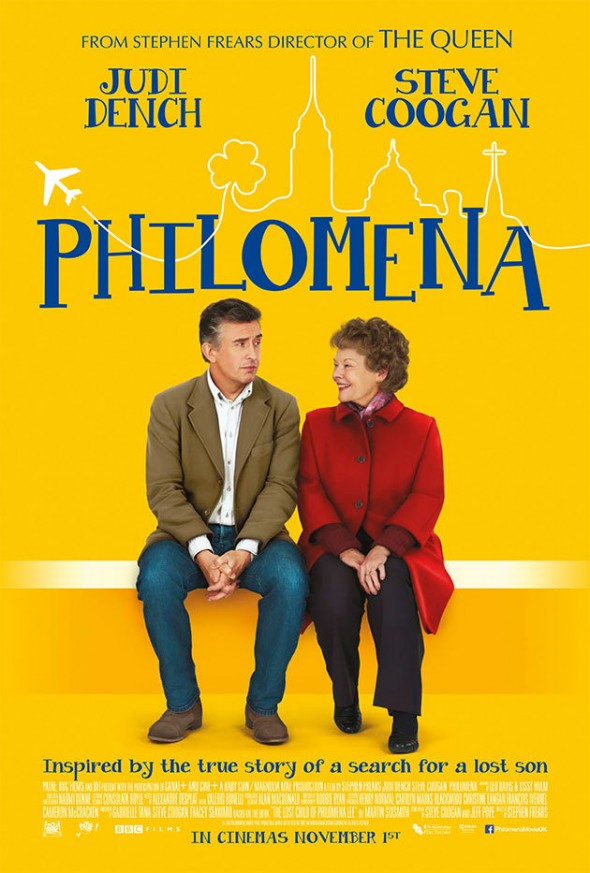 Few sentences inspire less confidence than “based on real events.” The second these four words crawl across a title card it becomes clear that the film has something to defend. In Philomena’s case it’s a shield for craftless, naked, emotional manipulation. Philomena is the herald of Oscar season, when the pretense of heart and wit trumps demonstrating either.

To clarify, emotional manipulation is essential to good drama. Any worthwhile narrative consciously uses the tools of its medium to reach for a specific reaction from its audience. However, these tools are meant to be applied with a precise twist of a screw, not the blind swing of a sledgehammer. Philomena opts for the latter, and is far poorer for it.

Philomena follows the titular Philomena Lee’s (Judi Dench) journey to find her son decades after their forced separation at the hands of a backwards nunnery. She’s introduced to us as the angelic, hapless victim of the Catholic Church’s stone-age attitudes towards sex…and never evolves from that introduction. Not every film needs a complex character arc, but when you dedicate the film to a character study, you might want to have a fuller sketch than “charming old woman with hidden strength.” We’ve been there before. 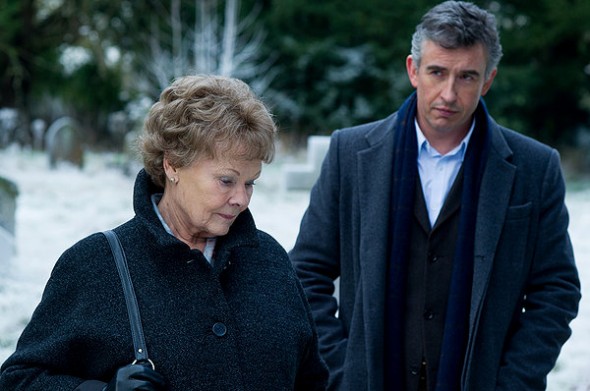 In a half-hearted attempt at appearing balanced, Philomena’s critique of the church comes paired with a clumsy attack on atheism. Philomena is joined on her journey by washed-up political journalist Martin Sixsmith (Steve Coogan), who wields the screenwriter’s interpretation of a dry wit. At random intervals in the film, the reporter transforms into a cartoon hybrid of Richard Dawkins and Bill Maher. Whenever this caricature emerges, his straw-man arguments about an empty sky are flawlessly skewered by the ever-perfect Philomena.

Philomena’s schizophrenic attitude towards religion is only a symptom of the film’s nonexistent relationship with subtlety.  It wants to be an emotionally affecting experience, but takes the low road whenever possible instead of working towards it in any nuanced way. This colors almost every element of Philomena. Telling trumps showing throughout most of the dialogue, leading to lines in the vein of (to paraphrase)“The Catholic Church sinned, not you.” The (admittedly well done) leitmotif swells when the audience is meant to feel sad. Every narrative work has strings, but you shouldn’t be able to see and feel them. 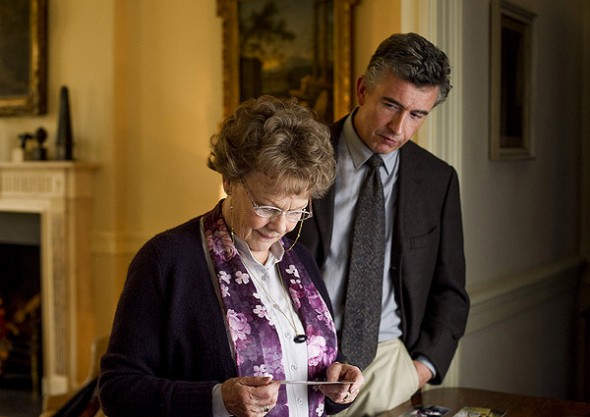 Philomena isn’t entirely free of ambition. There are a few small stabs at meta commentary, as the dialogue between Martin Sixsmith and his editor is filled with wink-nudge references to crafting a story. Unfortunately, the sly jabs at needing “evil nuns” to spice up the story do more to highlight the film’s problems than elicit laughter. You don’t get a free pass on clichés by pointing at them outside of the sitcom circuit. You just get a disengaged audience.

Philomena reaches for both award shows and the cheap seats with naked intent. Gambler’s odds are on it doing reasonably well in both circuits. But somewhere along the way they forgot to make a quality film.