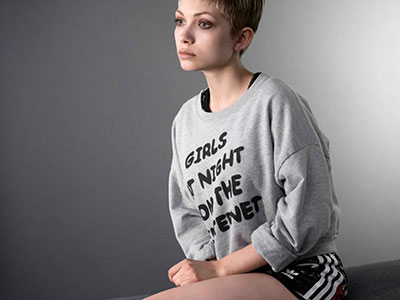 Pirelli, the famous NSFW fashion calendar, have completely switched up the vibes for their 2016 edition. Instead of featuring nude fashion models, each month will present an influential woman (fully dressed) instead.  Smart women Yoko Ono, Patti Smith, Serena Williams, American author Fran Lebowitz, Amy Schumer, Tavi Gevinson, Selma director Ava DuVernay, American philanthropist Agnes Gund, blockbuster producer Kathleen Kennedy, Natalia Vodianova, American businesswoman Mellody Hobson, Iranian visual artist Shirin Neshat, and Chinese actress Yao Chen will all be photographed by Annie Leibovitz. Leibovitz also shot the 2000 Pirelli Calendar, making her one of ten photographers who have worked on the calendar twice since its 1964 debut.  She is also one out of only four women to ever photograph the Pirelli calendar. Looks like 2016 will be a great year for girl power.

The 43rd edition of the Pirelli calendar will be presented at the Roundhouse in London on Nov. 30, and a digital space dedicated to The Cal will be live on Perelli’s website beginning on Oct. 20.