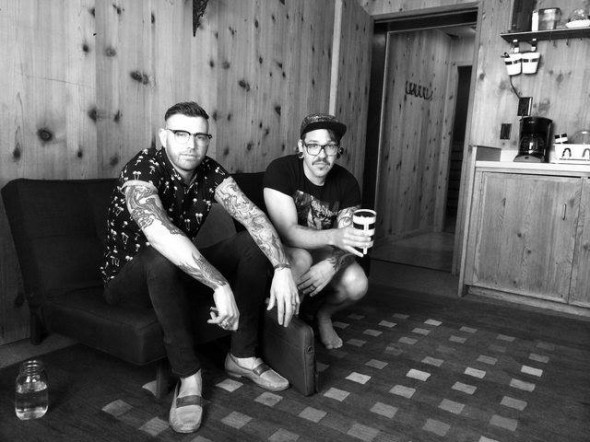 Portland duo, Priory, have just debuted a new video for single “Weekend” starring Bailey Noble (True Blood) and Nick Krause (The Descendants, Boyhood) who was also featured in The Untitled Magazine’s Cinema Issue 5! Following a tangled love story, the video takes place in a roller rink, with beautiful lighting and vibrant colors. Listed on Billboard as “Emerging Artist”, Priory was formed when Brandon Rush and Kyle Sears met in Portland. After living with much hardship, they began recording positive songs and attempted to turn their life experiences into meaningful messages. Their music has been referred to as “a boost of Vitamin D” and “aesthetically ambitious.” Their complete album will be released later in the year – to celebrate, they are going on tour with The Kooks starting September 24th! Check below for Priory’s new video and tour dates.

For tickets, visit and get up to 10% off at TicketsNow, or visit Ticketmaster.

"ME, BLONDIE, AND THE ADVENT OF PUNK" PHOTO BOOK OUT THIS SEPTEMBER

0
The Untitled Magazine September 18, 2014
No Comments Yet