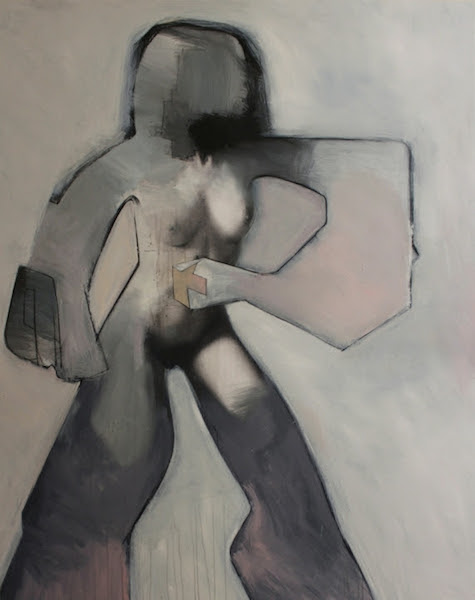 Born in the Panama Canal Zone in 1949, Richard Prince’s remarkable artistic trajectory began during America’s bicentennial, 1976, when Jimmy Carter was running for President and New York City was bankrupt. Living in a small East Village apartment he shot slides of advertisements without the blurb copy, and cataloged these commercial gestures as anthropological types: “mixed couples”, “girlfriends”, “cowboys”, etc. He used male escapist commercial art forms like jokes, sex cartoons, drag racing, and girly pictures, some of those from his carefully bought collection of pulp fiction novels. His blown up and framed “rephotographs”, as he called them, were shocking and unexpected artworks, and as puzzling as they were compelling. And this was the tip of an unfathomable artistic iceberg that would emerge. In the early 1980s he surprised us with his meticulously re-drawn magazine cartoons, which were stylistically related to the rephotographs. No one thought he could draw—or paint! Then came silk-screens paintings of jokes and cartoons, hand-painted B-girl (bar girl) nurses, minimalist-styled sculptures constructed from custom car parts, and the countless collages pieced together from found images, now including—just after his extraordinary exhibition at Kunsthaus Bregenz—the scanned and over-drawn and collaged “New Figures” and “Cutouts”.

The found photographs in the “Cutouts” and “New Figures” evoke the sex pictures mothers once called “dirty”, but whose children would become the social revolutionaries of the Woodstock Generation; the drawn lines, pale colors, and collaged shapes look back further to Picasso’s elegant lines and Matisse’s scissor-snipped collages, before American art went Pop and life turned electronic. Some of the girls are covered with drawn bodies, another’s arms morph into geometric or schematic appendages in a freehand combination of image, design, and drawing. They also reveal an artist—perhaps the best of his generation—with the technical and artistic freedom to create an unexpected art from an earlier era’s techniques into one that is easily as good and yet wholly contemporary.

Early on Richard Prince explained his “rephotographs” with an alteration of American poet Ezra Pound’s modernist dictum, circa 1914, “Make It New”, in the phrase, circa 1980, “make it again”. Pound’s “it” expressed a modernist’s fedupness with “tradition”; Richard’s referred to modernism’s newness seen through the lens of the television and space age. He always looked for subjects that hadn’t been co-opted by art, like jokes, car parts, and B-girls, then creating memory images with familiar photographs and objects as if someone or something else had made them. He made it look easy and natural, which is what television watchers and moviegoers wanted: an art made with the casual élan of Zorro sword-tickling a “Z” on Sargent Garcia’s blouse; an art that combined originality and the suspension of belief as in film’s special effects. The “New Figures” and Cutouts” combine ease, confidence, and special effects. More than that, they project a more complex and more diffident ego from Matisse or Picasso’s, in a manner more complex than their pictorially reductive modernism. Richard achieves newness using today’s complex imaging methods. Recently he said to me, “I’ve been incredibly lucky when it comes to making exactly what I want.” I’m always surprised at how well he draws, but particularly how seductively he can get into our complex minds.