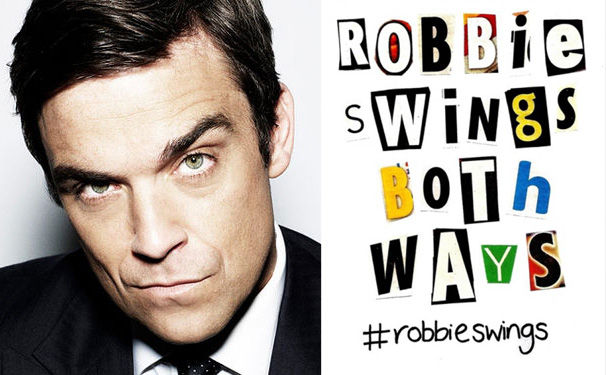 Robbie Williams much-anticipated tenth studio album, Swings Both Ways, is out now and recently earned the title of the UK’s 1,000th ever No.1 album, a whole 999 releases after Frank Sinatra’s Songs For Swingin’ Lovers! became the first.

Following in the toe-tapping footsteps of Robbie’s most successful album to date, 2001’s Swing When You’re Winning, the new record features a mix of classic covers and new material as well as duets with some of pop’s biggest names, including Lily Allen, Michael Bublé, Kelly Clarkson, Olly Murs and Rufus Wainwright.

The record is available on CD and download in two editions: the 13-track standard album and the deluxe version, which not only features three extra tracks but includes some very special bonus studio footage.

Swings Both Way Tour Schedule 2014 – available now!
For tickets visit Tickets Now and get up to 10% off, or visit Ticketmaster.

0
The Untitled Magazine December 4, 2013
No Comments Yet