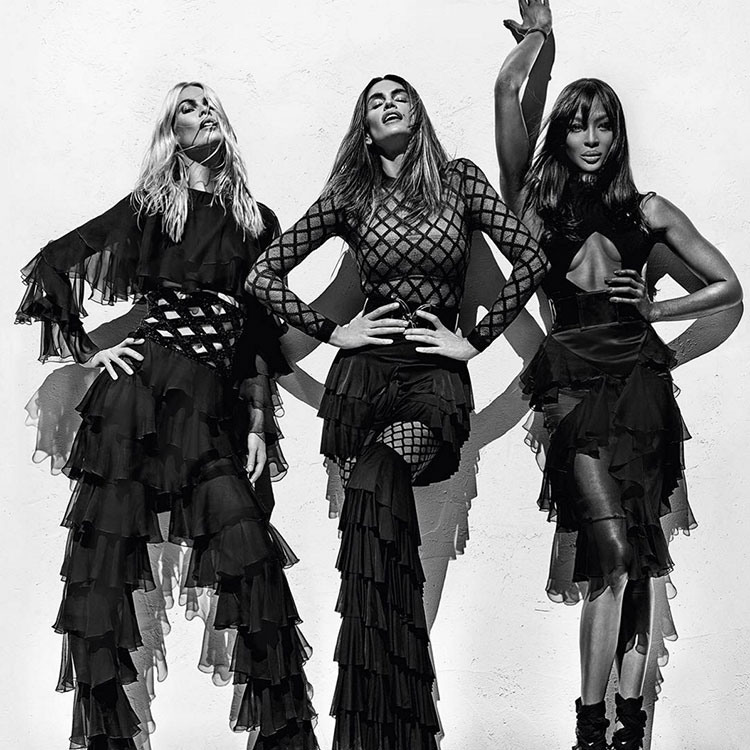 Olivier Rousteing is usually surrounded by an army of the hottest stars of the social media generation but for Balmain’s SS16 campaign there is not a Jenner or Hadid in sight. The 30-year-old designer completely surprised the fashion world when he used Instagram to reveal the newest Balmain lookbook featuring the age-defying bodies of 90s supermodels, Cindy Crawford, Naomi Campbell, and Claudia Shiffer. The decision leaves us wondering if Rousteing has decided to distance himself from the crowd of the current. Although, we wouldn’t blame anyone for seizing the chance to hang out with the original uber-babes.  On the experience of working with the three beauties he stated:

“I felt like I was dreaming as I was watching the photo shoot, because I knew it was going to be something iconic that I would never forget. You realize working with them, it’s another way than working with the models of today. They know so much about themselves. Their career is so strong. They know their bodies so well. They move at the same time that the camera is moving.”

The flamenco ruffles and fence-like mesh of Balmain SS16 may not stand the test of time but Cindy, Naomi, and Claudia will always be fashion goddesses.

Jasmine Williams for The Untitled Magazine