On the second floor of the Time Warner Center overlooking Central Park, “The Vision of a Genius” stands just at the top of the escalator. Flanked by shops like Borders and the United Colors of Benetton Inc, this new exhibition, presented by the Galerie Elysees, contains sixteen sculptures and forty or more original drawings by the infamous artist Salvador Dali. 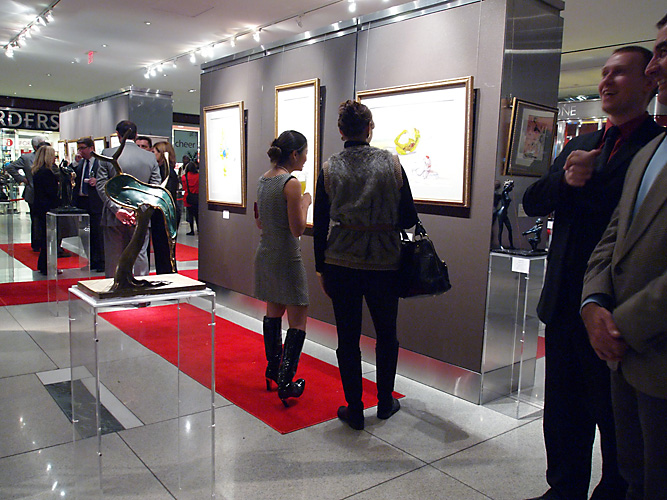 “The physical absence of Salvador Dali means that we can evaluate his personality and his work in the context of this Century’s plastic art with greater accuracy,” wrote Enrique Sabater y Bonany in the exhibition catalogue’s introduction. And, looking at such an iconic collection of bronze sculptures, colorful lithographs, and watercolor sketches, one can’t help but marvel at the “contemporary” state of craftsmanship (or perhaps this only reflects poor “labeling”, when it comes to the medium involved). 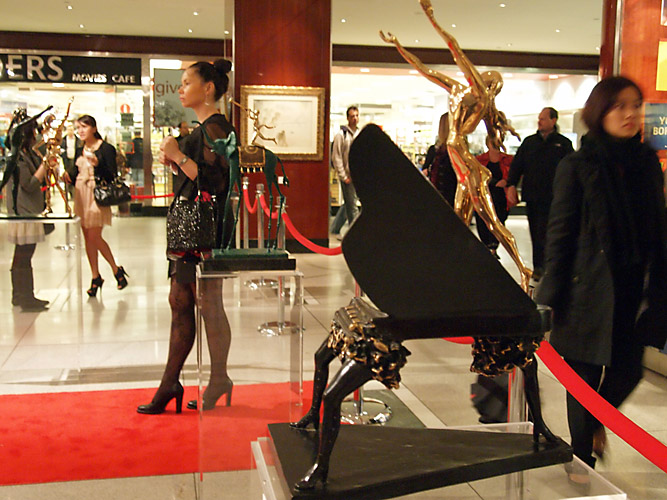 At the exhibition opening on November 3rd, Enrique Sabater y Bonany  recalled his relationship with Salvador Dali, with whom he developed a very close friendship when he moved into the artist’s home in the lat 1960s.

“When he spoke,” said Mr. Sabater y Bonany, “he spoke of many things at once: philosophy, astronomy, art…” As Mr. Sabater y Bonany continued to recall his conversations with Dali, which he described as “very deep,” his eyes revealed a sense of nostalgia. 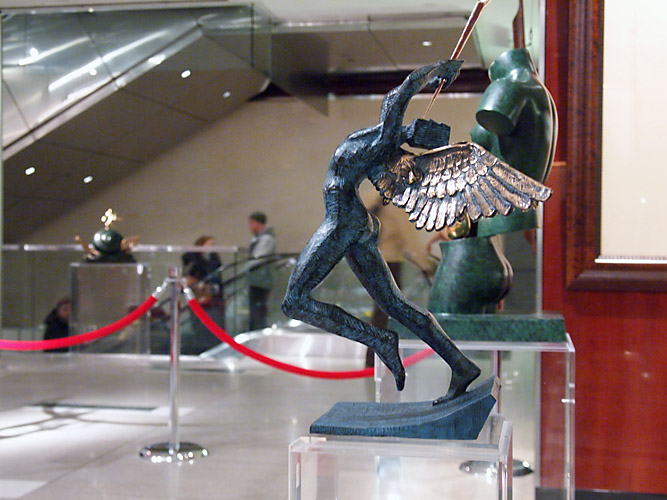 “We are some of his only friends left,” he said, gesturing to Beniamino Levi, who humbly agreed. 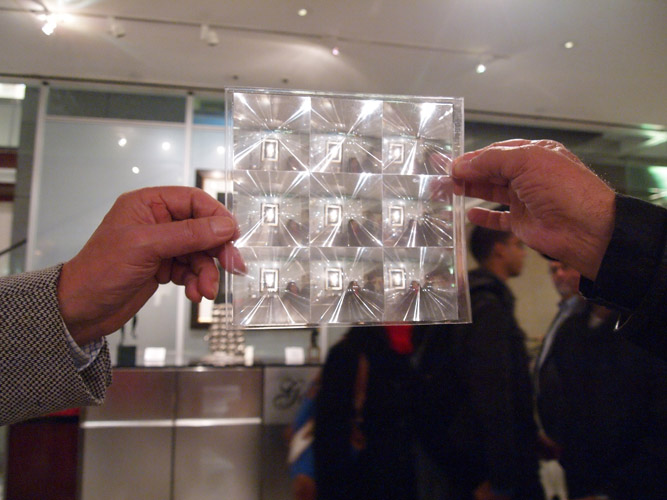 Drawings, sketches, and paintings hung from panels, which carved out a path through the glamorous sculptures of various sizes. All this is the presence of Border’s shoppers and the occasional perfume particle on the escape from the neighboring Sephora. 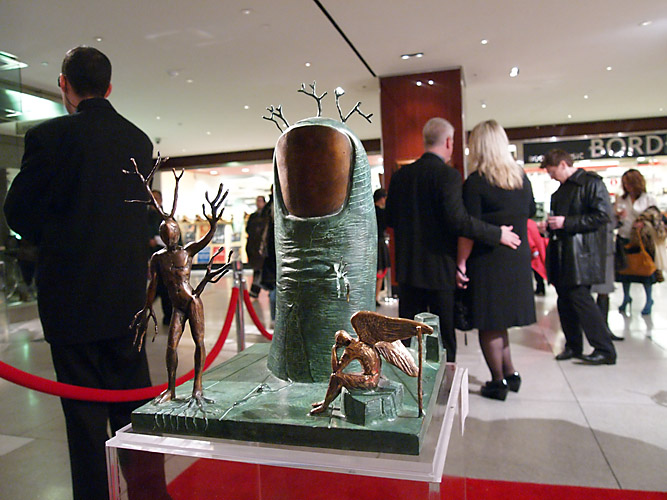 “Time, has indeed passed, the most faithful and implacable art critic,” wrote Mr. Sabater y Bonany in exhibition catalogue’s introduction. “Time has demythologized this person and his celebrity, and separated him from the rich collection of anecdotes on him; only now can we put him in his rightful place as a creative artist, and also within the context of art history.”