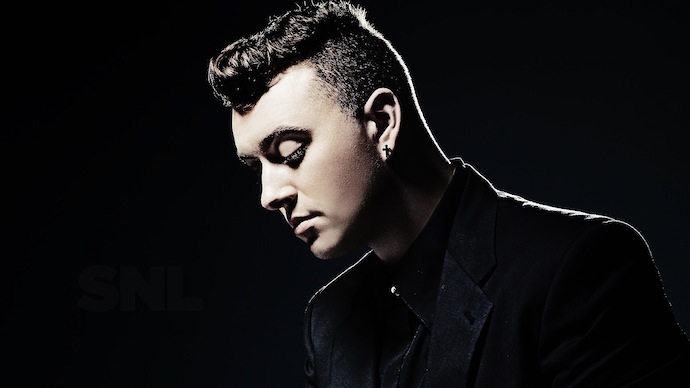 On Tuesday, June 17, The Untitled Magazine‘s “Legendary” Issue 7 ‘Future Legend’ Sam Smith will celebrate the release of his long-awaited debut, In The Lonely Hour (Capitol Records), with a performance at the legendary Apollo Theater in NYC, where he will join the ranks of the R&B royalty who inspired his album. This special event will go on sale Wednesday, May 21 at 10am EST via Ticketmaster.

Smith’s musical upbringing was littered with soul and R&B greats, ranging from Stevie Wonder to Chaka Khan and Whitney Houston, who he recently covered for ABC’s “Grey’s Anatomy.” “My mom would play soul music in the car when taking us to school,” recalls Smith, while he name checks Aretha Franklin’s “I Say A Little Prayer” as the first song he ever recalls hearing. “When I found out I was going to be playing the Apollo I was at a loss for words,” exclaims Smith. “Everyone I have ever looked up to in music has performed here. I truly can’t wait to sing on this stage.”

In The Lonely Hour is currently available for pre-order on iTunes, with “Money On My Mind,” “Stay With Me,” and “Not In That Way” available as instant grat tracks with purchase. “The gospel-infused ‘Stay With Me,’ sung in the tradition of the falsetto-soul greats, to break the Brit big in this country,” declared USA Today. “My Sam Smith obsession continues,” professed People magazine, adding, “[‘Not In That Way’] kills me with a lyric Morrissey would love. Still counting down to that debut album.”

On Tuesday, May 20, “Leave Your Lover” will become the fourth instant grat track available with pre-order purchase on iTunes, accompanied by a video stream of that song – a stirring 1 Mic 1 Take version, recorded at Capitol’s famous studios.

Smith blazed onto the iTunes charts with his pre-order immediately following his performance on “Saturday Night Live,” where he captured the hearts of audiences here and abroad. His undeniable vocal prowess affirmed his status as a breakout artist for 2014, and he continues to garner fans amongst all he encounters, from concert-goers to peers.

Sample Sam’s sounds below, and read more about the artist in The Untitled Magazine’s “Legendary” Issue #7.