MUSIC
September 8, 2014
by The Untitled Magazine
0 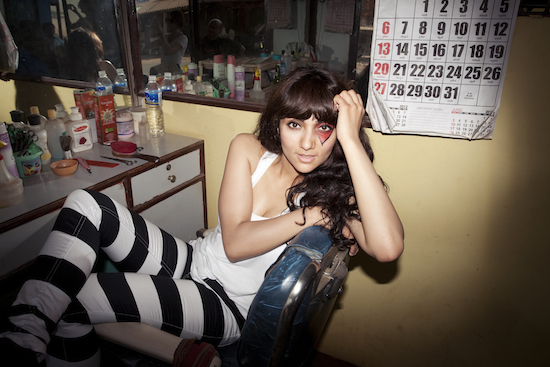 Fast rising Scandinavian musician Samsaya has unveiled a second track from her forthcoming self-titled EP, which will be released in the US on July 15th via BMG.  The single, titled “Bombay Calling,” is a catchy, light-hearted dance jam about not caring what other people think, and can now be streamed via Rookie Magazine, along with an exclusive interview with Tavi Gevinson.

Samsaya, who was born in India and raised in Norway, mixes pop, dance, hip-hop, funk, and soul with traditional Indian sounds.  Her club-ready tunes are influenced by everyone from Mary J. Blige, TLC and Outkast to renowned Indian singer Asha Bhosle.  Samsaya, whose name means “doubt” in Hindi, has been writing lyrics and rhymes since childhood.  “At 12, I heard Dinah Washington‘s ‘I’m Mad About the Boy’ and upon hearing that trumpet-type voice, something happened to me,” recalls the singer.  “Religious lyrics and traditional music didn’t touch me. This moved me.”

Rolling Stone named Samsaya as a top ten new artist and described her sound as “hyperactive pop that draws influences from all over the globe.”  Check out the music video for her first single “Stereotype,” which was filmed in India and directed by Patrick Katzman below:

With a heart drawn over her left eye, Samsaya made her US debut at this year’s SXSW, and will be performing in New York City, San Francisco, and in Los Angeles later this month.

09/08/2014 UPDATE: Samsaya is heading back to the U.S. this week for several live shows.  Samsaya will support Lily Allen in multiple cities including Miami, Orlando, Austin, Philadelphia, Boston and more.  In addition, Samsaya will headline a special show in New York City at Mercury Lounge on September 22nd.  Tickets for the NYC performance go on sale Wednesday, September 10th at 12pm. All tour dates below:

LILY ALLEN & SAMSAYA U.S. TOUR DATES:
For tickets visit Tickets Now and get up to 10% off, or visit Ticketmaster.

0
The Untitled Magazine September 8, 2014
No Comments Yet