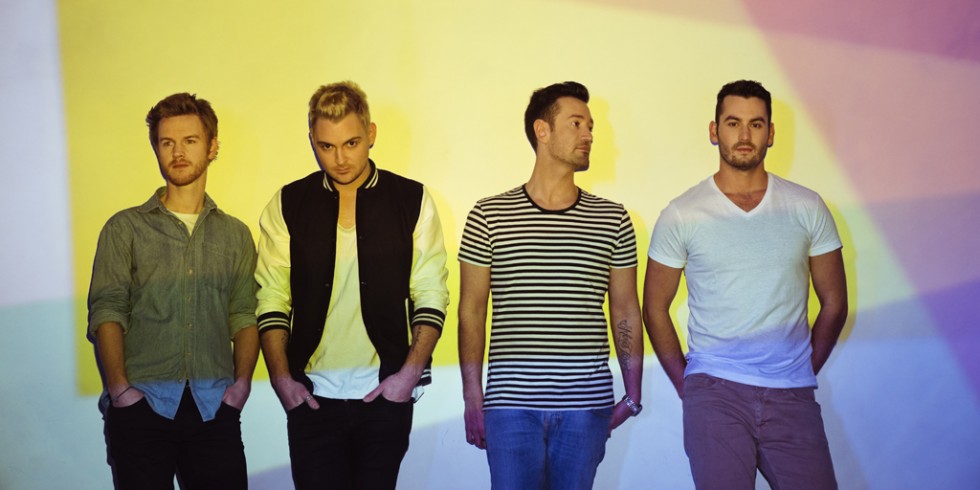 Strange Talk, a Melbourne, Australia based alt-pop four-piece will release their self-produced Wind-up Records debut album Cast Away on October 8, 2013.  All songs were mixed by Tony Hoffer (M83, Phoenix) with the exception of “Climbing Walls,” “Eskimo Boy” and “Is It Real?” which were mixed by Eliot James (Bloc Party, Two Door Cinema Club).  Rolling Stone (Australia) recently gave Cast Away a four out of five star review calling it “Equal parts Cut Copy and Daft Punk with pinches of Eighties pop, Strange Talk’s album is a fizzy cocktail of synths, breathy vocals and tinny drums.”

The buzz has been building since the release of their self-titled 2011 EP (Wind-up released an updated version of this EP June 4, 2013). They reached the #1 spot on Billboard‘s Uncharted chart with “Climbing Walls” in the United States; the music video for that song was also part of a hugely successful Cheer laundry detergent campaign “Dig It. Get It” in the United State and Canada which made it the first-ever music video to feature hidden rewards to be found within it.  They’ve played such festivals as Parklife, Stereosonic, Future Music, Soundscape and Falls, opened for Foster The People, the Rapture, Neon Indian and Marina and The Diamonds and wowed New York City at both 2011 and 2012’s CMJ Music Marathon.  Now Strange Talk will make their U.S. album debut with Cast Away – 12 tracks of indie-meets-electro gems.