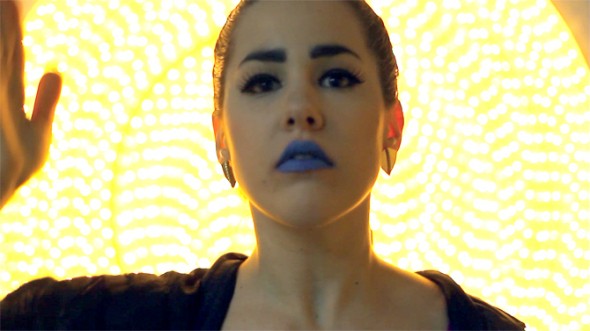 The music of Australian singer Bossy Love, also known as Amandah Wilkinson, is often described as “tropical.” The term’s meaning goes beyond its context in the jungle dance-music genre. It can also be taken quite literal: Wilkinson’s mom was from a rural village in Indonesia that was located in a rainforest. Wilkinson has said that she was heavily influenced by her mother and her upbringing in the creation of her new EP, Me + You, which you can stream here.

The project is steeped in a variety of worldly sounds, from the gentle bell strikes on “Hurricane” to the New Orleans-jazz-inspired horns on “Wind Me Up.” Wilkinson, who is the lead vocalist of Aussie pop band Operator Please, doesn’t have the strongest pipes, but her slight hush of a voice blends well with the heavy bounce of the EP’s production.

Me + You was released on October 21 and can be purchased on Bossy Love’s bandcamp.