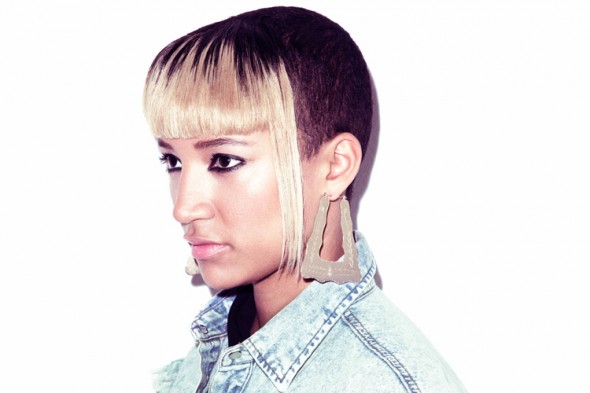 LUCY LOVE is already a big deal at home in Denmark, but winning over small but demanding club crowds in her beloved London was just as important: playing at legendary West London club night Yo Yo was a key turning point for her. Now she is setting her sites on the US of A making her debut performance in both NYC and SXSW.

Her influences are from underground and mainstream, from across the decades and across the world – but, crucially, they are selected with an eagle eye for what works together and what represents her as a person and as an artist. As she says herself: “I know who I am and what I want, and that means it’s easy to fit in.” She makes it sound so simple, but it’s no small feat. “Lucy Love is from the heart,” she explains; “and I’m running it, I’m taking the decisions, and the message is that people should be more aware of what they’re doing and what values they have. And for me that’s about ambition and goals and wanting to work hard.” Lucy Love will have her third album ready for release after the summer of 2013.

Nominated for a Danish DJ Award, LINKOBAN is the new talent that comes from Lucy Love’s label Superbillion Records. With her debut EP ”Super Into On It”, which includes the intelligent single with the same name, and the hard hitting dancefloor banger “Like This”, Linkoban is shaking up the music scene with her shocking lyrically hard-hitting sound. She rallies on the electronic beats, taking organic twists and turn in her delivery and it’s no surprise when you see her live that you’re assaulted with her style, wild limbs and signature waist length black hair – this is an undeniable powerhouse.

Hailing from Copenhagen’s suburbs, its no surprise this young rapper combines both raw energy and psychological warfare both in lyrical content and performance. What was once a private affair with making music, it was while living in London that inspired her to experiment on a full-scale level. After returning to Copenhagen and fueled with a uniquely bizarre creative vision and a fist full of outrageous self-produced tracks, she approached Lucy Love and producer Yo Akim who was instantly convinced. The label, Superbillion, was equally won over and saw major potential in Linkoban turning the music game on its head. Linkoban will release her debut album in May 2013, and the video for her upcoming single “Popgun Track” will be out on March 4th.