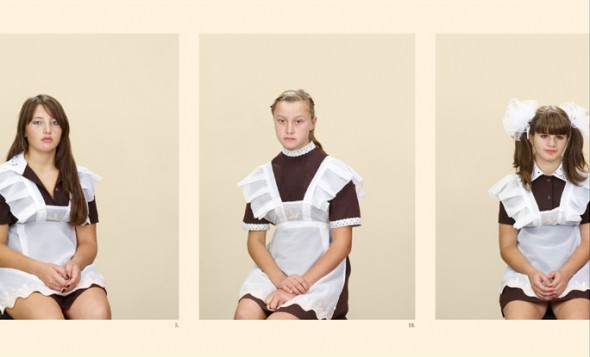 A Living Man Declared Dead and Other Chapters

This exhibition is the U.S. premiere of Taryn Simon’s (b. 1975, New York) photographic project A Living Man Declared Dead and Other Chapters. The work was produced over a four-year period (2008–11), during which the artist travelled around the world researching and documenting bloodlines and their related stories. In each of the 18 “chapters” that make up the work, external forces of territory, power, circumstance, or religion collide with the internal forces of psychological and physical inheritance. The subjects Simon documents include victims of genocide in Bosnia, test rabbits infected with a lethal disease in Australia, the first woman to hijack an aircraft, and the living dead in India. Her collection is at once cohesive and arbitrary, mapping the relationships among chance, blood, and other components of fate.

Simon’s project is divided into 18 chapters, nine of which will be presented at MoMA. Each chapter is comprised of three segments: one of a large portrait series depicting bloodline members (portrait panel); a second featuring text (annotation panel); and a third containing photographic evidence (footnote panel).

A Living Man Declared Dead and Other Chapters exploits photography’s capacity to at once probe complex narratives in contemporary politics and organize this material according to classification processes characteristic of the archive, a system that connects identity, lineage, history, and memory.