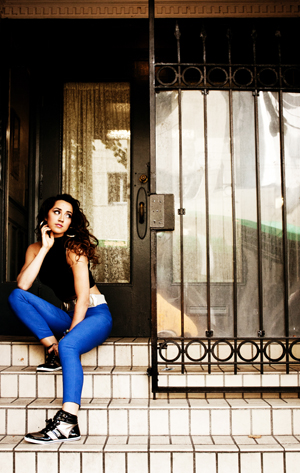 Seattle-based singer/pianist Tess Henley will release her debut album High Heels & Sneakers May 7, 2013. Preceded by the singles/videos for Daydreaming and From The Get Go, High Heels & Sneakers is a dazzling 14-track collection of piano pop and hip hop influenced neo-soul from the gifted songwriter and musician. The album is produced by Grammy-winning artist/producer Dice Raw from The Roots and Grammy and Emmy-nominated producer/arranger Khari Mateen (The Roots, Jill Scott, J*DaVeY).

A Suzuki trained pianist who started studying at age three, Henley grew up in a house filled with music. Her mother and brother are both professional musicians and her record-collecting father turned Tess on to myriad musical influences from early childhood, exposing the budding songstress to everything from classic rock to Motown soul to R&B and beyond.

The results can be heard throughout High Heels & Sneakers – a powerful fusion of voice and vision – much like the artist herself.

DEAD CAN DANCE TO RELEASE 'IN CONCERT' ALBUM APRIL 16TH