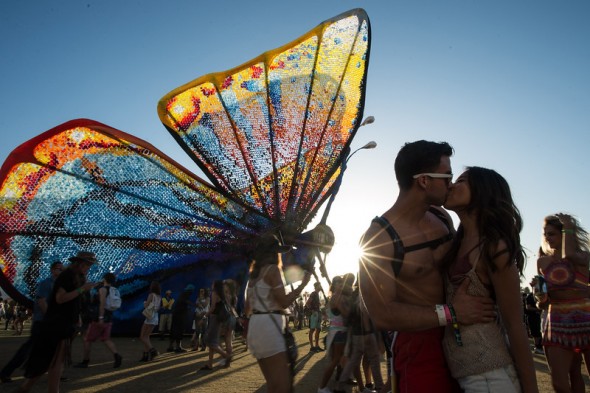 Coachella 2015 has come and gone. Along with gold leaf body paint, an appearance and internet-exploding kiss from Madonna, and the thrill of actual bathrooms, here are our Top 5 moments from the first round of the star-studded festival:

On Friday, April 10, Banks took to the stage. Performing hits such as “Heavy Metal and Reflective,” her performance was pure talent performed with a genuine smile, garnering much media praise and a return to talking about Bank’s impressive lyrical skills and stage presence, rather than more gossip about controversial internet feuds.

Marina and the Diamonds

On Saturday, April 11, Marina and the Diamonds performed songs from her album Froot in an iridescent green jumpsuit and her hair adorned with giant cherries. In addition to an exquisite performance of her own, Marina joined friends Clean Bandit on stage to perform a new collaboration, “Disconnect.”

While he’s no stranger to the Coachella stage in various incarnations of bands, Saturday, April 11 2015 marked the first time Jack White performed at the festival as a solo artist. A strong set rich of vibrant energy throughout its duration, with hits from his solo album and classic White Stripes, to the audience’s enthusiastic approval he closed with “Seven Nation Army.”

Florence and the Machine

At this point in her career, Florence Welch is a legend. Florence and the Machine elevated their status with their performance Sunday night, April 12, as it marked the band’s first Coachella performance on the main stage. In a white jumpsuit illuminated by disco lights, Welch belted out hits such as “What The Water Gave Me,” before closing the set by ripping off her shirt and asking the audience to “embrace each other, get weird with it, touch each other’s faces!”

The king of DJs closed the party with a bang Sunday night complete with a surprise appearance from The Black Eyed Peas, performing their collaboration “Awesome” and party anthem “I Gotta Feeling.” Before teasing his special guests, Guetta told the crowd “If you’re ready for some sexy party time, put your hands in the air!” 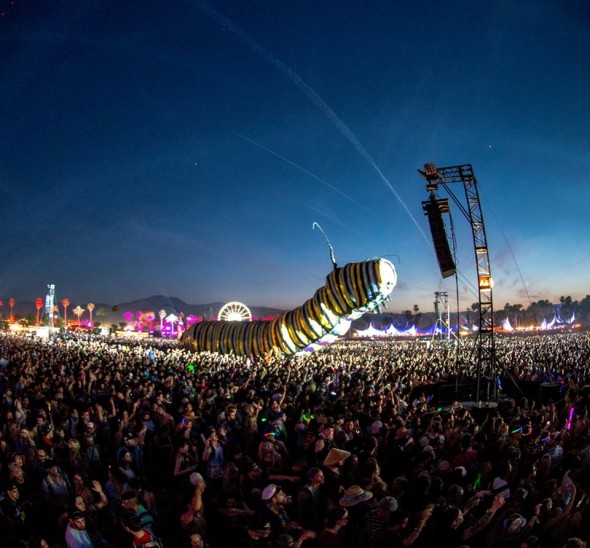 Sure, it was disappointing when Nicki Minaj came out as Drake‘s special guest and didn’t perform – especially when Weekend One attendees were treated to Madonna. But still, there was much to enjoy. Here are our top five acts: 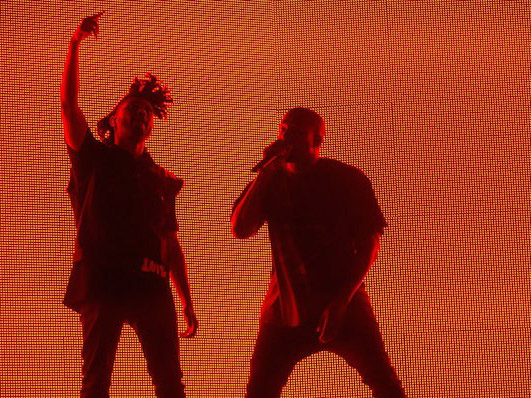 So no Madonna guest appearance, but how about Kanye West absolutely killing it during the Weeknd‘s already phenomenal set? The edgy R&B singer surprised the audience by wrapping up Saturday night with a Kanye West guest appearance after announcing “When I said last Saturday that it was the greatest night in my life, well, I take that back. Tonight is the greatest night in my life.” 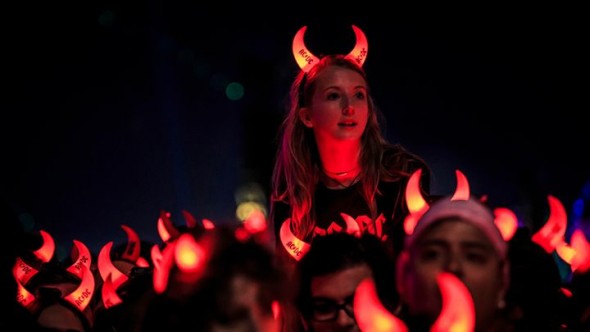 Legendary rockers, we expected AC/DC‘s set to well, rock. What made it even greater than having some of the best rock songs of their youth performed live was the nod to classics such as “Highway to Hell” by passing out devil horns to the audience – creating a devilish unified glow to match the many sign of the horns that were thrown.

We know, we know. First AC/DC and now Sir Mix-A-Lot, you’re probably wondering what decade it is. A surprise set thrown in the sponsored Heineken tent, Sir Mix-A-Lot entertained the crowd with self-deprecating humor (“Who the fuck let Sir Mix-A-Lot into Coachella?”) and dancing big booty fans to “Baby Got Back,” a reminder of the original in a time where Nicki Minaj’s version “Anaconda” continues to dominate radio play.

In her all black everything and wet hair, as always, Swedish star Lykke Li was the image of dark glamour – like an Elvira if she graced the cover of Vogue. In a weekend that hailed a sea of devils hers was the voice of a fallen angel.

The hardcore supergroup OFF! made sure the attendees were drenched in sweat with their feisty tracks culminating in a raging mosh pit. It’s not a music festival unless you catch a little punk rock.