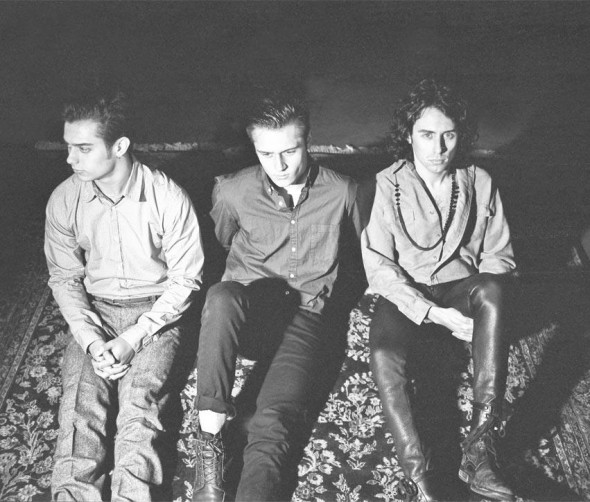 This week, Noisey premieres the newest video from THE CEREMONIES for “Land Of Gathering.” The exuberant “Land of Gathering” is all soaring harmonies, airy synths, and bright horns set to an insistently chugging backbeat. It’s a blend of cinematic, melodic pop lushness, ’80s New Wave nostalgia, and cutting-edge alternative rock aesthetics, reflecting the band members’ love for such classic pop tunesmiths as Michael Jackson, The Beach Boys, and The Righteous Brothers, as well as current tastemakers Arcade Fire. But The Ceremonies, working with producer Danny Garibay, are clever and talented enough to transcend their influences and create something entirely their own.

The Ceremonies are three brothers: Matthew, Mark, and Michael Cook, who grew up in Los Angeles. The brothers recall their childhood rarely holding a silent moment; song never failed to flow through the Cook household. When Matthew was a teenager, he discovered a dark, swirling cover of The Beatles’ “All You Need Is Love” by Echo and the Bunnymen, which he found an intriguing contrast to the original. He eventually turned his brothers on to his favorite music and the three formed The Ceremonies while Michael and Mark were still in high school, where they performed in an a cappella group and in musicals.The band are currently signed to Atom Factory and working on their debut album, due out later this year.