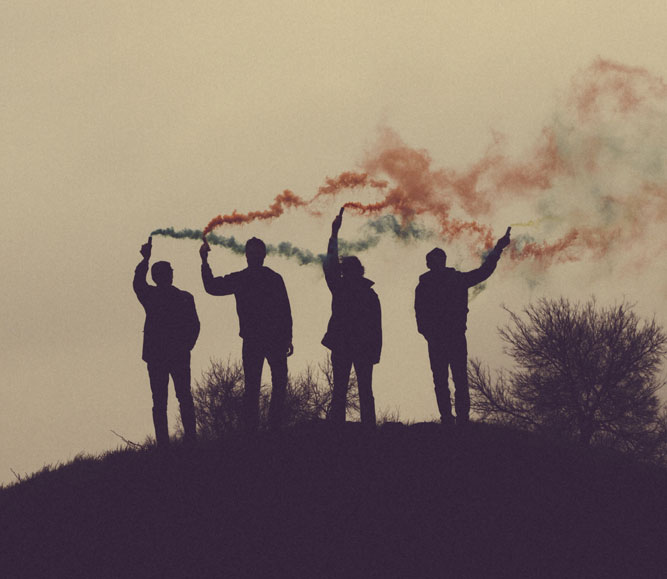 Nashville, Tennessee, quartet The Features have announced upcoming spring tour dates to coincide the release of their self-titled album, out on Serpents and Snakes / BMG on May 14th.

With their fourth full-length album, the band look to build upon the success of their most recent record Wilderness, which earned them their late night TV debut on Jimmy Kimmel Live!.

On The Features, the band embraces a slew of previously untapped sonics and styles, resulting in their most adventurous set of songs yet. Lead-off cut “Rotten” is a bold, multi-movement stunner, veering from serene synth-pop to proto-metal riffs, flirting with anthemic “Who’s Next” arena-rock before shrinking back to its starting point. “This Disorder” – an instant classic in The Features’ esteemed catalog – throbs with a tense funk pulse, jagged guitar swipes and staccato synth lines, as Pelham’s tightly wound vocal offers words of caution in the scatterbrained smartphone age. “New Romantic” and “Ain’t No Wonder” similarly straddle the line between classic new wave and Bowie-styled soul. But the album is thoroughly modern, too, particularly in the wide-open spaces of shimmering rockers “With Every Beat” and “In Your Arms.”