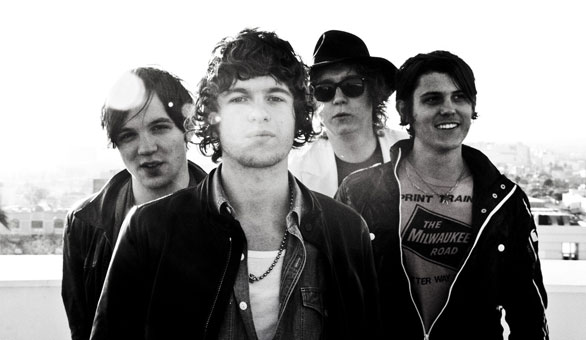 The Kooks‘ anticipated new album, Listen, is available for pre-order now via iTunes. All pre-orders of the album will get an unreleased track from the album for immediate download, “Bad Habit,” which follows the release of previous songs “Down” and “Around Town.” Listen to “Bad Habit” at the link below: Listen is out September 2nd via Astralwerks. Produced by young hip hop pioneer Inflo and Luke Pritchard, it showcases a new direction and sound for the multi platinum selling UK act.

“To me,” Luke says, “this album is about pure expression. Even the way we made the album felt fresh. Rather than us just being a band in a room, playing our guitars with the vocal over the top, which is what we’d always done before, we were really listening to what was going on around us, picking up ideas. The whole thing was much more natural.”

Listen is made up of 11 tracks (the Deluxe has 15), with highlights including the street-smart garage rock of “Bad Habit,” the powerful and haunting “See Me Now,” and the incandescent joy of “Are We Electric.”