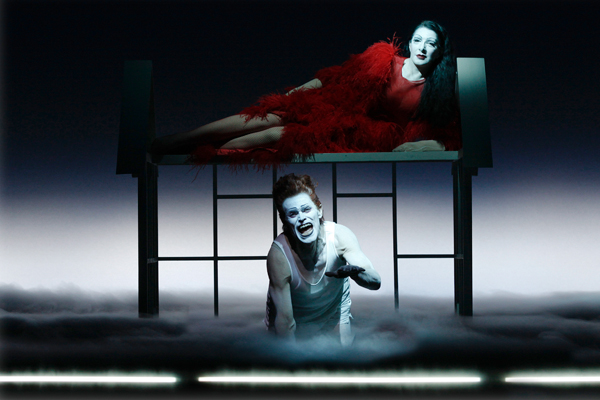 The latest showcase coming to The Park Avenue Armory is part visual art, part performance art, and all based around artist Marina Abramović. The show, directed by Robert Wilson, is a re-imagining of Abramović’s extraordinary life and work. The show begins with her difficult childhood and chronicles her journey to the present day. Abramović, who plays herself as well as her imposing mother, is joined by world-renowned actor Willem Dafoe and singer Antony, performing original music and songs created for this ‘quasi opera.’

The show first premiered at the Manchester International Festival in 2011. The Life and Death of Marina Abramović has played to sold-out audiences and rave reviews in Madrid, Basel, Antwerp and Amsterdam. For the Armory showcase, a new staging has been put together that uses the full sweep of the Wade Thompson Drill Hall to draw the audience in as though they are part of the story.

Opening night for The Life and Death of Marina Abramović will be December 12, 2013.

THE OTHER BALL CHARITY EVENT: TONIGHT AT THE HIGHLINE BALLROOM