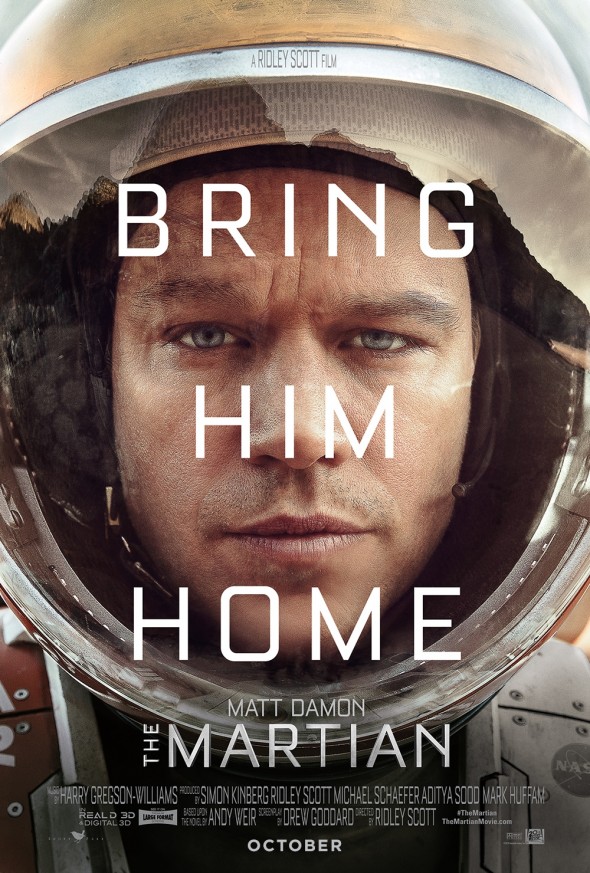 Directed by Ridley Scott (Gladiator, Black Hawk Down), The Martian stars Matt Damon as astronaut Mark Watney. During a manned mission to Mars, the film’s protagonist is presumed dead after a fierce storm and left behind by his crew.

However, Whitney survives the ordeal, only to wind up alone and stranded on the desolate planet. With only meager supplies, the Earthling must draw upon his ingenuity, wit and spirit to persevere and find a way to signal to his home planet that he is alive, all the while, knowing that news of his survival doesn’t guarantee a prospect of rescue.

Written for the screen by Drew Goddard (Cloverfield, The Cabin in the Woods), The Martian is based on the bestselling debut novel of the same name by Andy Weir, originally self-published in 2011 and re-released by Crown Publishing in 2014.

Being the son of a particle physicist and having a background in computer science, Weir began writing the book in 2009. During this period he extensively researched related material so that the story would be as realistic as possible and based on existing technology. 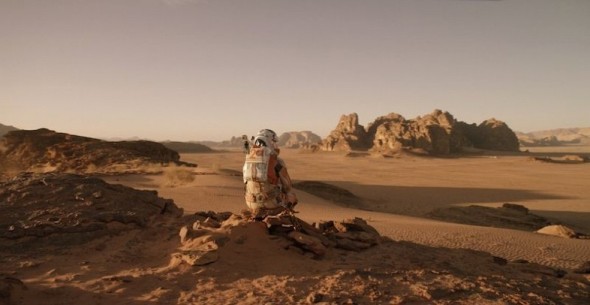 Influenced by the works of Arthur C. Clarke (2001: A Space Odyssey, Rendezvous with Rama) and Isaac Asimov (I, Robot, Nightfall), Weir began writing science fiction in his twenties and worked as a programmer for several software companies, including AOL and the video game developer and publisher Blizzard Entertainment, where he worked on Warcraft II: Tides of Darkness (1995).

The Martian’s behind the scenes creative team includes director of photography Dariusz Wolski (Pirates of the Caribbean: The Curse of the Black Pearl, Prometheus), production designer Arthur Max (Gladiator, American Gangster), film editor Pietro Scalia (JFK, Black Hawk Down) and costume designer Janty Yates (Gladiator, Exodus: Gods and Kings), with a musical score composed by Harry Gregson-Williams (Shrek, The Chronicles of Narnia: the Lion, the Witch and the Wardrobe).

Principle photography began throughout Hungary, including Budaors Airport in Budapest and Korda Studios in the winemaking village of Etyek, approximately 30km from the nation’s capital. Filming later transitioned to southern Jordan, at Wadi Rum, also known as the Valley of the Moon. This iconic landscape was also used for the British epic Lawrence of Arabia (1962), and other sci-fi flicks, such as Red Planet (2000) and The Last Days on Mars (2013). The Martian also marks Scott’s fourth science-fiction film to date, after Alien (1979), Blade Runner (1982) and Prometheus (2012).

Directed by Ridley Scott and distributed by 20th Century Fox, The Martian is scheduled to premiere at the 2015 Toronto International Film Festival and is slated to hit theaters everywhere on October 2, 2015.

JACOB LATIMORE ON ACTING WITH HOLLYWOOD GREATS & HIS DEBUT ALBUM