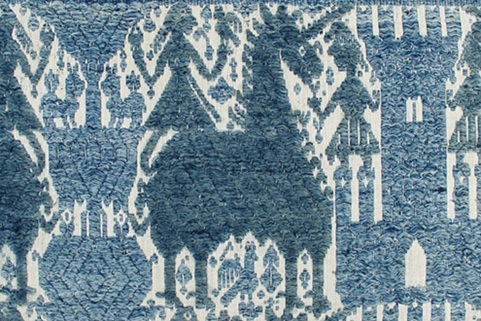 The world-renowned Cloisters museum and gardens—a branch of The Metropolitan Museum of Art devoted to the art and architecture of the Middles Ages—will celebrate the 75th anniversary of its founding with more than a full year of exhibitions.

Search for the Unicorn: An Exhibition in Honor of The Cloisters’ 75th Anniversary

The seven individual hangings collectively known as The Unicorn Tapestries are among the most beautiful and complex works of art surviving from the late Middle Ages. The exhibition Search for the Unicorn: An Exhibition in Honor of The Cloisters’ 75th Anniversary (May 15–August 18, 2013) will present the Unicorn Tapestries as the finest expression of a subject treated widely in both European art and science, from the Middle Ages through the Renaissance. Given by John D. Rockefeller, Jr. in time for the opening of The Cloisters in 1938, the Unicorn Tapestries are its best-known masterpieces; yet, 75 years later, their history and meaning remain as elusive as the mythical beast itself. They are seen both as complicated metaphors for Christ and as emblems of matrimony, and they are beloved as quaint indications of medieval notions of the natural world.

The exhibition is made possible by the Michel David-Weill Fund.

Woven in wool and silk, The Unicorn Tapestries vividly depict a hunt for the magical unicorn set against a verdant landscape. Among the related works on view will be a late 15th-century majolica dish made for the marriage of Matthias Corvinus (1440–1490) and Beatrix of Aragon. The image of the unicorn—a metaphor of love and marriage—along with the couple’s entwined coats of arms reinforce the idea of a happy alliance. Also on view will be a woodcut from Peregrinatio in terram sanctam, an illustrated travel diary to the Holy Land. Printed in Germany in 1486, the book claims that the image of the unicorn was drawn from life. Of particular interest is the Meshal ha-Kadmoni (Fable of the Ancients)—a 15th-century illustrated Hebrew book printed in Italy, on loan from the Jewish Theological Seminary—that uses stories of unicorns and other animals to teach Jewish moral lessons.

Many of the plants that appear in the Unicorn Tapestries are also grown in the gardens at The Cloisters. During the opening weeks of the exhibition, a special May-blooming millefleurs planting and a potted display of plants that are depicted in the tapestries will be featured in the Bonnefont garden.

The exhibition is organized by Barbara Drake Boehm, Curator, Department of Medieval Art and The Cloisters.

The Forty Part Motet (2001), a sound installation by Janet Cardiff (Canadian, born 1957), will be presented at The Cloisters from September 10 through December 8, 2013. Regarded as the artist’s masterwork, and consisting of 40 high-fidelity speakers positioned on tripods in a large oval configuration throughout the Fuentidueña Chapel, the 14-minute work, with a three-minute spoken prologue, will continuously play an 11-minute reworking of the 40-voice motet Spem in alium numquam habui (ca. 1573) by Tudor composer Thomas Tallis (ca. 1505–1585). Spem in alium, which translates as In No Other Is My Hope, is perhaps Tallis’s most famous composition. Visitors are encouraged to walk among the loudspeakers and hear the individual unaccompanied male voices—bass, baritone, alto, tenor, and child soprano—one voice per speaker—as well as engage in the polyphonic choral effect of 40 combined singers in an immersive experience. The
Forty Part Motet is most often presented in a neutral gallery setting, but in this case the setting is the Cloisters’ Fuentidueña Chapel, which features the ca. 1175–1200 apse from the church of San Martín at Fuentidueña, near Segovia, Spain, on permanent loan from the Spanish Government. Set within a churchlike gallery space, and with superb acoustics, it has for more than 50 years proved a fine venue for concerts of early music.

The installation is organized by The Metropolitan Museum of Art from the collection of the National Gallery of Canada, Ottawa.

Janet Cardiff: The Forty Part Motet is the first presentation of contemporary art at The Cloisters.

Installation artist Janet Cardiff has exhibited extensively around the world, and her work is represented in major public and private collections in the United States and abroad. She first gained international recognition for her audio walk pieces in 1995 and she works in collaboration with her partner George Bures Miller. Cardiff and Miller live and work in Berlin.

The installation is organized by Anne L. Strauss, Associate Curator, Department of Modern and Contemporary Art.

To complete the anniversary celebrations in spring 2014, the exhibition Canterbury Stained Glass (March–May 2014), will present six near life-size enthroned figures in stained glass from England’s historic Canterbury Cathedral. This represents the first time the panels have left the cathedral precincts since their creation in 1178–80.

Founded in 597, the cathedral is one of the oldest Christian structures in England. It was an  important pilgrimage site in the Middle Ages—as witnessed by Geoffrey Chaucer’s Canterbury Tales, a literary masterpiece from the 14th century—and is also the cathedral of the Archbishop of Canterbury, the leader of the Church of England and the Anglican Communion worldwide.  Recent repairs to the stonework of the magnificent historic structure necessitated the removal of several delicate stained-glass windows of unparalleled beauty. While the restoration of the walls has been undertaken, the stained glass has also been conserved.

The windows that will be shown at The Cloisters are from the clerestory of the cathedral’s choir and east transepts. The six figures—Jareth, Lamech, Thare, Abraham, Noah, and Phalech—were part of an original cycle of 86 ancestors of Christ, the most comprehensive stained-glass cycle known in art history.  One complete window (Thare and Abraham), rising nearly 12 feet high, will be shown with its associated rich foliate border.

Masterpieces of Romanesque art, these imposing figures exude an aura of dignified power. The angular limbs, the form-defining drapery, and the encompassing folds of the mantles all add a sculptural quality to the majestic figures. The glass painting—which is attributed to the Methuselah Master—is striking for its fluid lines, clear forms, and brilliant use of color.

The installation is organized at The Cloisters by Timothy B. Husband, Curator, Department of Medieval Art and The Cloisters.