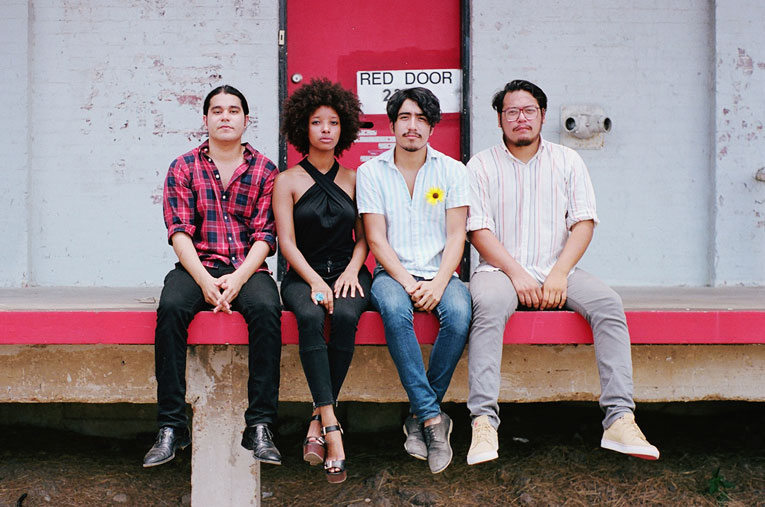 The Tontons are thrilled to announce upcoming West Coast tour dates for April. The run will follow an epic schedule at SXSW 2013 that sees the band playing 11 separate shows. The rest of America will get a taste of one of Houston’s best kept secrets this Saturday when the four-piece’s lead singer Asli Omar kicks off the nationally broadcast Major League Soccer season opener on NBC Sports with the National Anthem at 8:00 pm EST. Upcoming tour dates and SXSW schedule below.

The band made waves last year on account of their breakout EP Golden, which had The New York Times writing that the “hard-touring quartet trades in smart, hooky pop songs built around the glimmering blues growl of the band’s leader, Asli Omar.” They tour this spring in support of that release as well as their recent 7″ single Bones.

The Tontons are fronted by Asli Omar, who’s commanding vocals draw instant attention, while bassist Tom Nguyen’ rumble forms the foundation of the band. Brothers Adam and Justin Martinez come in with titanic guitars and drums to round out a powerful yet buoyant rock ‘n’ roll. When not on the road this spring and summer the band have been in the studio recording the makings of their next full-length album.