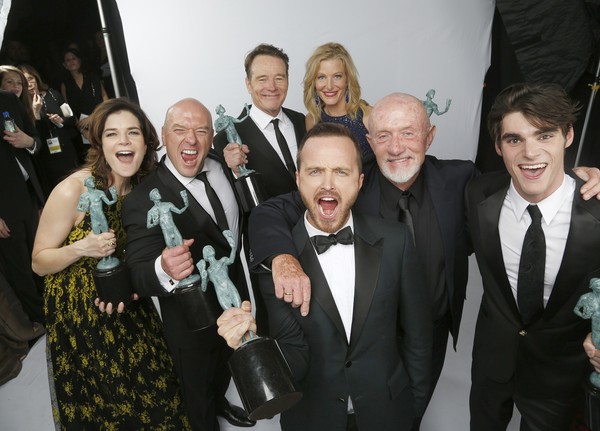 Saturday night saw some of the biggest names in the film and television industry come together to celebrate the 20th Screen Actors Guild awards show. Members of the Screen Actors Guild union voted for what they all agreed to be the best in film and television from this past year which included winners such as American Hustle, Breaking Bad, and Modern Family. From seasoned film veterans like Michael Douglas to promising newcomers like Lupita Nyong’o, the SAG awards did not disappoint and, hopefully, will be a foreshadow of the upcoming Oscars. The Untitled Magazine has put together a list of the 2014 winners! 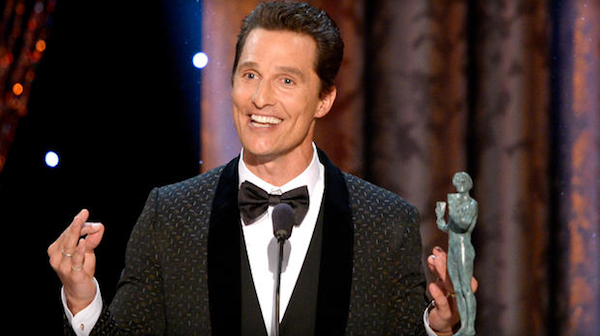 Matthew McConaughey took home a SAG award for his portrayal of a Texas man diagnosed as HIV-positive in 1985. McConaughey’s character refuses to accept his death sentence and finds himself going to Mexico to look into alternative treatments for the disease – treatments which he begins to smuggle into the United States. 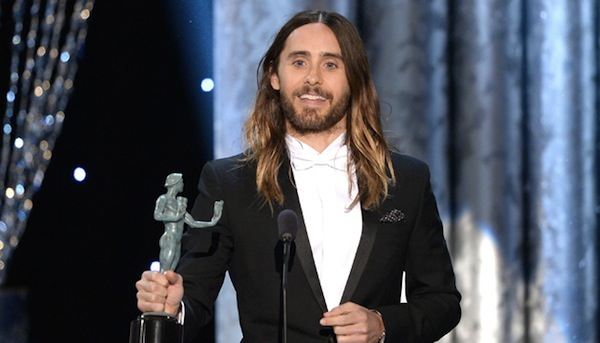 Jared Leto also took home a SAG award for his work in Dallas Buyers Club. Leto’s physical transformation into a dying transexual, along with his moving performance, earned him an award this year. 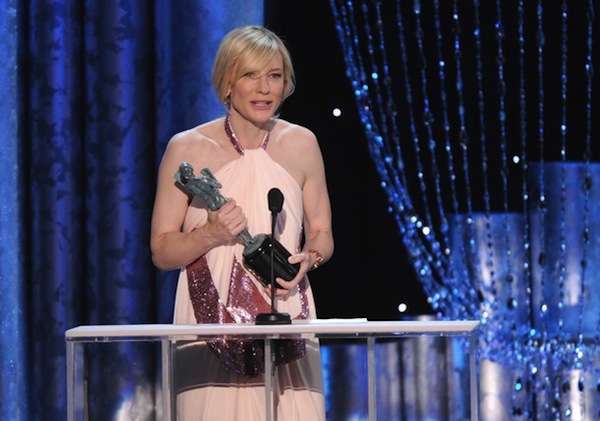 Cate Blanchett accepted her award for her portrayal of Jasmine in Woody Allen’s Blue Jasmine. The film chronicles the aftermath of Jasmine’s divorce, showing the mental strain that a broken love can cause. 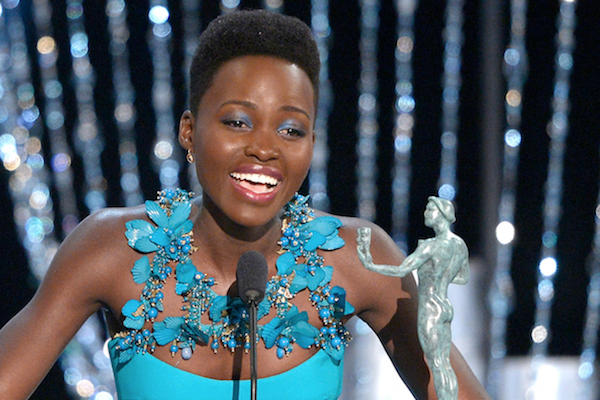 Outstanding Performance by a Female Actor in a Supporting Role:
Lupita Nyong’o – 12 Years a Slave

Newcomer Lupita Nyong’o received an award for her breakout role in 12 Years a Slave. Nyong’o gave an extraordinary performance with her portrayal of Patsey – a slave who endures hideous torture. 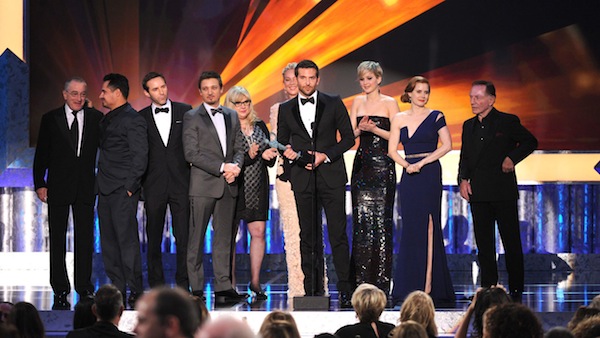 Outstanding Performance by a Cast in a Motion Picture:
American Hustle

American Hustle, the story of a conman and his accomplice, has been dominating award show ballots and box offices since it’s release this past December. The cast took home a SAG award for their brilliant work in the film. 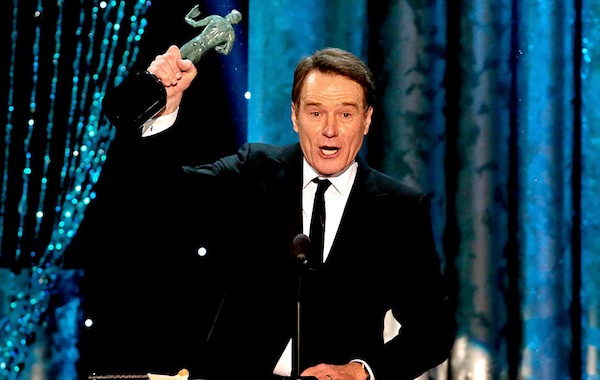 Saying farewell to what has been deemed one of the ‘best shows of all time’, Bryan Cranston took home his second SAG Award for his portrayal of Walter White in Breaking Bad. 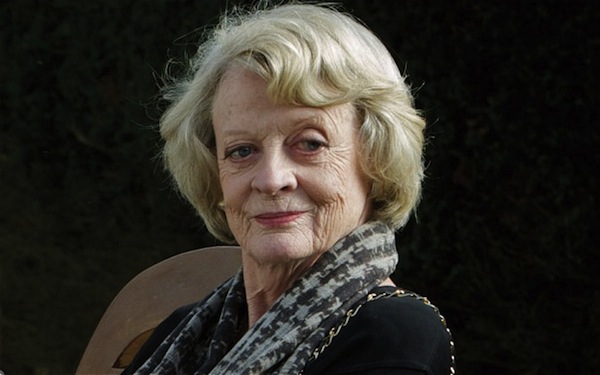 Notably absent from the night’s audience, Maggie Smith received her second SAG Award for her portrayal of Violet Crawley in the hit series Downton Abbey. 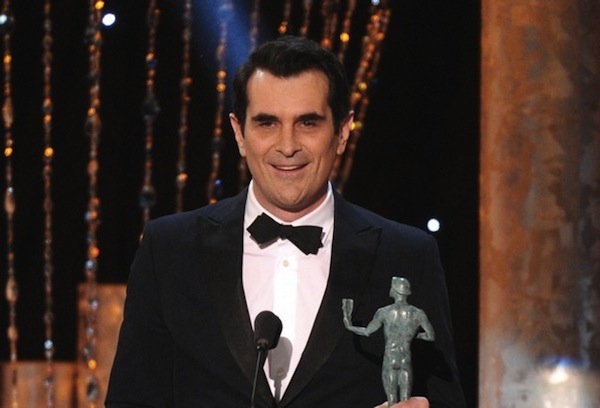 Ty Burrell accepted his first SAG Award for his portrayal of Phil Dunphy on Modern Family. 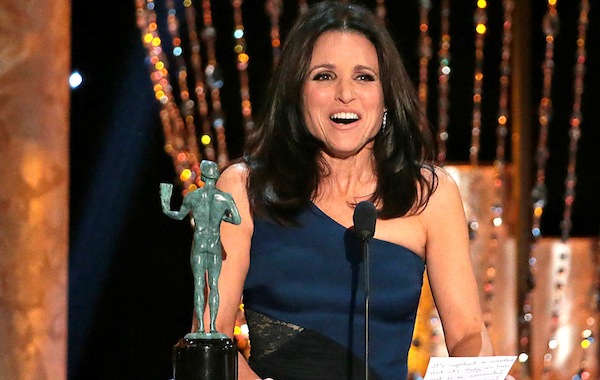 Comedienne Julia Louis-Dreyfus received an award for her work on Veep – which has just been renewed for a third season! 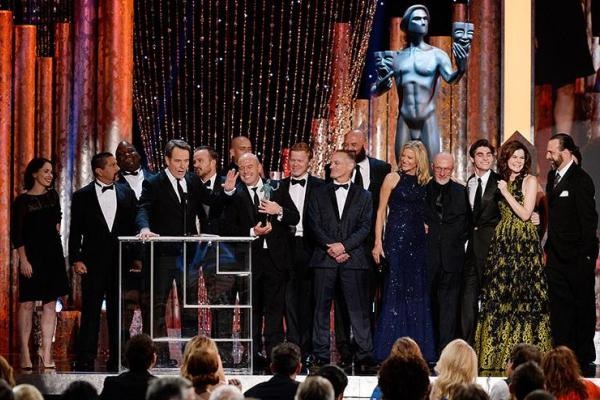 Outstanding Performance by an Ensemble in a Drama Television Series:
Breaking Bad

As to be expected, the cast of Breaking Bad took home the award for their phenomenal work in the series. The final season of the show was one of the most-watched in the history of television. 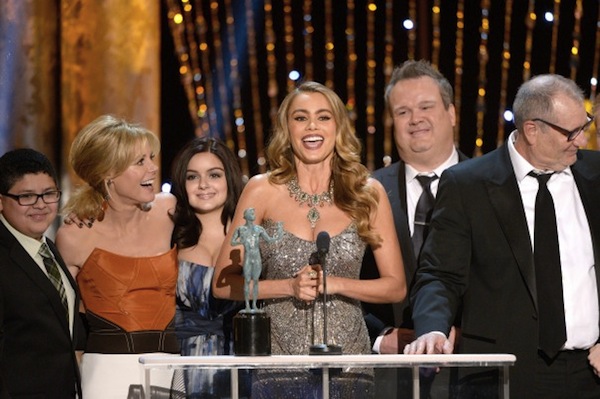 Outstanding Performance by an Ensemble in a Comedy Television Series:
Modern Family

The cast of Modern Family, with all of their wit and humor, took the stage to accept their SAG award for their work on the show. 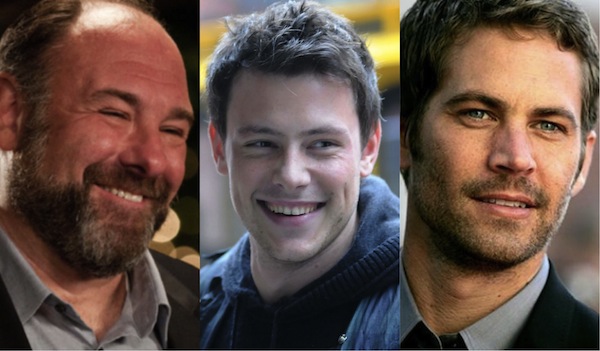 The Screen Actors Guild also honored the memories of James Gandolfini, Cory Monteith, and Paul Walker who each passed away last year. Each of their talents will be greatly missed.

Don’t forget to check out The Untitled Magazine‘s top films of 2013!