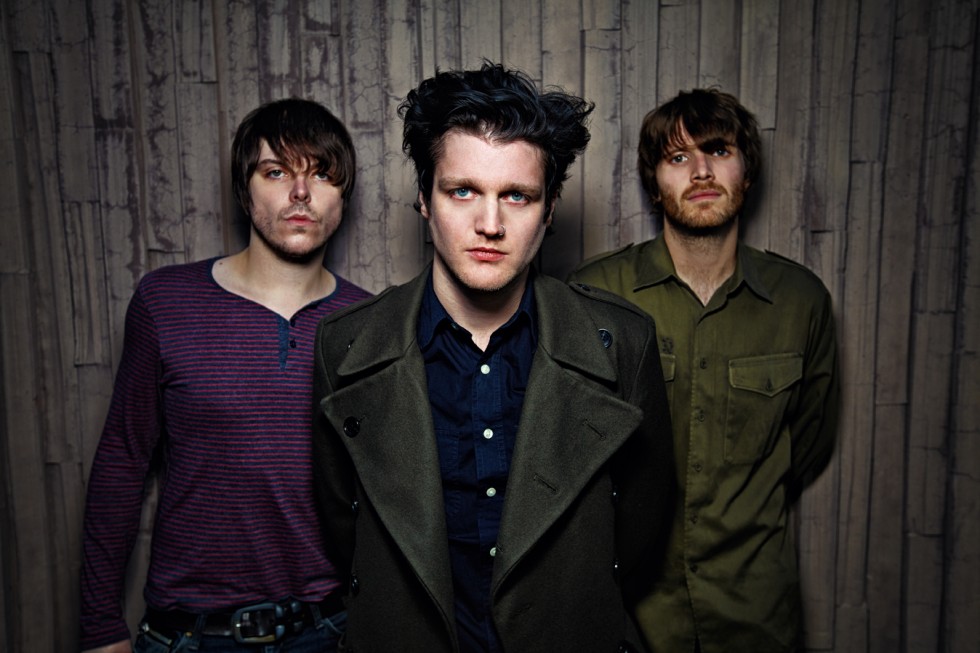 The British rock trio The Virginmarys released their Wind-up Records debut album King of Conflict on February 5, 2013.  Now, to celebrate this release and to give back to their supportive fans, an all acoustic version King of Conflict (Stripped) will be released on July 9, 2013.  The band is encouraging fans, many whom have The Virginmarys lyrics tattooed on their body, to tweet the lyrics from the album and in turn the band will reward them with handwritten copies of the lyrics to the song of their choice.

“It was great recording King of Conflict (Stripped),” says Ally Dickaty, The Virginmarys’ vocalist/guitarist.  “I write mostly on acoustic so it’s cool to get the natural roots of the songs exposed and for people to hear and feel a different side of our lyrics.”

The Virginmarys have garnered a lot of love and support from iTunes who gave them the much-coveted “Editor’s Choice” honors and a history-making iTunes Single of the Week feature for “Just A Ride,” the band’s second and current single, which MTV Buzzworthy declares “sounds like the Foo Fighters after a semester abroad and a couple pints of Guinness.”  Two versions of “Just A Ride” (the amped and acoustic renditions) were featured as part of iTunes’ “Single of the Week” program – it’s the first time ever that iTunes has singled out two songs from the same album in the same week.

King of Conflict debuted in the top 10 on the Billboard Heatseekers Chart and earned a 3 ½ star review from USA Today, who praised the band for their brand of “visceral, raw-throated rock that runs from The Who through Motorhead and Nirvana.” Billboard praised “…the long-anticipated debut from the British rock trio, makes the wait worthwhile. It’s an onslaught of garage-y, blues-steeped retro ravers…” and Alternative Press spotlighted the group as “A Band You Need To Know.”

With Kerrang’s recent 5K show review and having spent three years touring in support of a series of self-released EPs, the band has built a diehard international fan base. The Virginmarys just completed a successful coast to coast tour of the United States and will be back this July due to popular demand.  After those dates, they will head to Europe for select dates and festivals such as T In The Park, Reading, Leeds and many more.  They will then tour Japan at end of September – October.