We are living in the age of the Global Citizen. No matter how far away you are, or how different your life is from others, there are people somewhere who are experiencing political strife, fighting for their lives, or struggling to put food on their families’ tables. There are also those among us who recognize these issues and are making a positive difference by changing lives and the way we think. It’s no surprise that a lot of these people are women who work tirelessly to make the world a better place for all females and ultimately, for everyone.

These agents of change include Amy Siskind, the co-founder of The New Agenda organization, a 501c4 that aims to empower young women through mentorship and education. The New Agenda acts as a watchdog for sexism in the media, sexual assault on campus, and inequality in the workplace. Says Siskind: “We want to give young women a holistic view on how to move forward while also arming them with the knowledge of how the media has influenced them. My generation didn’t really need things like this. Really in the mid 90s, when the media became much more pervasive, is when we saw women moving backwards. There are a lot of obstacles that millennial women face that my generation didn’t.” One of those obstacles is the portrayal of women in the media.

A 2014 study done by The Women’s Media Center demonstrates that, while the number of female characters with speaking roles has gone up in Film and TV, the sexualization of these characters has also gone up. This could be due to the fact that men outnumber women 5 to 1 in the behind-the-camera roles, but it could be something more. “There’s a lot of deep-seated biases that have been perpetuated and accepted. Look at the way Hillary Clinton was treated in the media during the 2004 election. There was no one to speak out for the horrific way the media treated her, simply because they’re women.”  This sexism in mass media is what motivated Siskind to create The New Agenda. Since then, they’ve led workshops and seminars about women in leadership at universities like George Washington, Barnard, and Cornell.

“We had a great event at Cornell, it was called ‘What I Wish I Knew at 22’.  I grew up in such a different way than women have today. I was still typing my papers for class, and when I walked through campus, there were no phones. So I wasn’t absorbing the world the way that women do today, it didn’t exist in the way it does now. The world has changed so dramatically in such a small amount of time.” But not all of that change has been for the worse. “Things have definitely changed. Seven years ago, the term “sexism” was barely understood. Now there’s much more awareness, and we’re starting to have productive, open dialogues about it.” Those dialogues continue, with events like National Girlfriends Networking Day (#NGNDay), and The New Agenda Foundation’s first ever charity walk, “Stop Think, Protect Your Peers” (SToPP 5K Run & Walk).

While women like Siskind are empowering the educated young minds of tomorrow, women like Katia Gomez are making sure that the young minds that need education the most receive it. In 2010, after taking a volunteer trip to Honduras, Gomez founded Educate to Envision. “When I asked children, ‘What do you want to be when you grow up?’ the response I got was just silence. I realized it was a privilege to even have an answer to that question. These kids were really trapped as to where the future could take them. Girls especially had predetermined futures due to gender norms within the community. It was then that I made a commitment to bring the same opportunity to succeed, that my peers and I enjoyed, to this Honduran community and many others thereafter.” Her foundation has sponsored the education of over 500 school children throughout the country, and it offers additional educational programming, including a student outreach program where a portion of the school funds go towards students who are leading community clean ups, adult education, and after school tutoring.

Gomez has achieved amazing things, even when she least expected it. “Growing up, when I thought of a ‘philanthropist,’ I imagined someone of great wealth who donated a part of their fortune to a good cause, but I was never someone who had that wealth to give. It was hard to imagine ever stepping inside the philanthropy circle since I was more likely to be a recipient of it.” She quickly learned that it’s not just a financial investment that makes a difference, but the physical and emotional investment in people’s lives that creates real change.

This kind of change is something that Rachel Lloyd, the founder and CEO of GEMS, Girls Educational & Mentoring Services, is working towards.  GEMS is an organization that works exclusively with young women who have been victims of sex trafficking.   Did she ever think she’d do this as her life’s work? “Well, since I was a little girl, I thought that if I didn’t become an Oscar winning actress,” Lloyd chuckled, “I’d be helping the marginalized, the people that don’t have others to stand up for themselves. Although, I didn’t realize it would look like this.” After graduating from Marymount Manhattan College, she started the organization with $30 and a borrowed computer, and from there, she created programs that give support and empowerment to women who have had neither. GEMS provides transitional housing, educational workshops, and even court advocacy to women between the ages of 12 and 24. “First thing we do with the girls really depends on how they come to us. Some young people are mandated through the court program. We have friends that bring people in, social workers from schools….It’s really about making sure that we meet whatever needs the young person has at that moment to make them feel as safe as possible, making sure they’re fed and warm, the practical stuff, and working with them.” Today, her organization has helped hundreds of young girls. 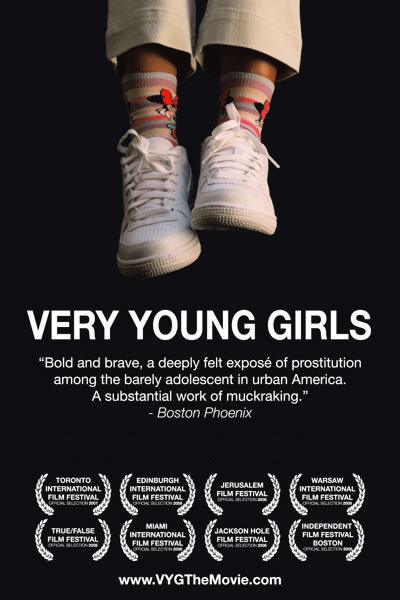 Her work doesn’t stop within the walls of GEMS. In 2008, Lloyd and Katherine Mullen worked to ratify The Safe Harbor Act a New York State law prohibiting the prosecution of underage sex-trafficking victims. She also produced the Showtime documentary, Very Young Girls, which broke stereotypes and exposed the issues surrounding sex trafficking, such as poverty and PTSD. The film screened at the Toronto Film Festival and received rave reviews from the New York Times, and Time Out New York. For Lloyd, nothing compares with the small victories she sees every day. “Honestly, it surprises me that we’ve grown as much as we have! I have these moments where I think I need to pinch myself, when I walk in the office and see our incredible staff, which includes women that came through our doors at 12 or 13 years old. Watching these girls and the organization grow is the best part of my job.”

Women like Amy Siskind, Katia Gomez, and Rachel Lloyd are making things better for women all around the world, and in our own neighborhoods, everyday. They give us hope, inspiration, and proof that a woman’s touch can make an indelible impact on our lives. When asked for advice to women who want to make a difference, their words are sage and simple. “Remember to trust your instincts”, Siskind says to the next generation of women. “And always remember to learn, earn, and return.” Gomez’s advice for women who want to change the world consists of power in numbers. “As much as I believe in the power of ‘one person can make a difference’, I believe even more in the impact of ‘one person empowering many other people to also make a difference.” Lloyd gives a similar piece of advice. “I’d advise all young women to find supportive, healthy adult women who’ll nurture you and support you. And also, to know your power and worth. Believe in the power of your own voice to create change, do everything you can to give it that power.”

Amy Siskind, Katia Gomez, and Rachel Lloyd are just a few of the extraordinary minds and hearts that are creating better lives for women all over the world.  Here are some other female run charities to check out:

–She’s the First: Founded by Tammy Tibbets in 2012, the organization sponsors education for girls in low-income countries. They sponsor schools in over 10 countries with 125 chapters.

–Friends of Karen: Founded by Sheila Peterson in 1978, the non-profit organization was named after her friend’s daughter, Karen, who died of Lafora’s disease. For 30 years, the organization has supported the families of children with life threatening diseases. In 2014, they provided services to over 500 children.

MOMA PRESENTATION HONORS THE WOMEN WHO CHANGED THE ART WORLD