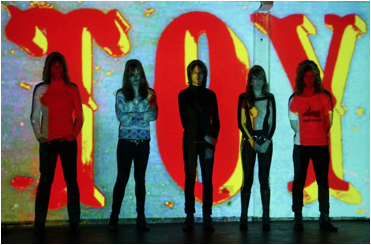 London five-piece TOY have announced two New York dates in addition to TBA appearances at SXSW. This will be the band’s North American live debut.

TOY released their s/t album via Heavenly Recordings / Cooperative Music in 2012. It was recorded with Dan Carey (The Kills, Hot Chip).