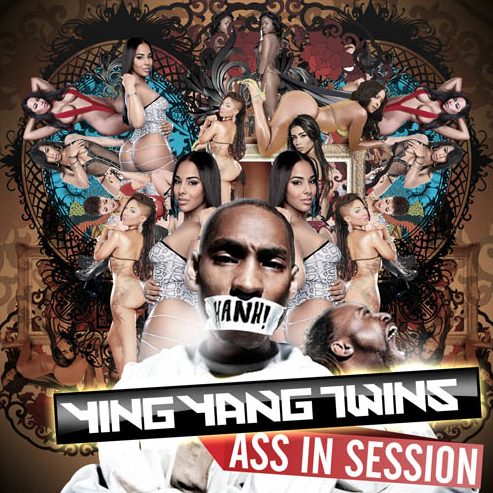 Platinum selling Atlanta-based rap duo Ying-Yang Twins release their new mixtape Ass in Session. The duo – with eight Top 10 Billboard Hot R&B/Hip-Hop Chart appearances to their name – are widely credited as the pioneers of twerking. Twerking, which has exploded onto the Hip-Hop/Rap scene in the past two years, was actually receiving recognition in national releases as early as the year 2000, when Ying Yang Twins released their debut single “Whistle While You Twurk.” The track received national airplay – peaking at #17 on the Billboard Hot R&B/Hip-Hop Chart – and was further referenced on the group’s 2002 single, “Say I Yi Yi,” which prominently features the lyrics “She got her hands up on her knees and her elbows on her thighs, she like to twerk and that’s for certain I can tell that she fly.”

In 2003, the group followed the success of “Whistle While You Twurk” with yet another twerking anthem with Lil Jon on his smash hit “Get Low,” which climbed to #2 on the Billboard Hot 100. They then released “Salt Shaker” – featuring Lil Jon & The East Side Boyz – which hit #9 on the Billboard Hot 100 and was later certified Platinum by the RIAA.  More success followed in 2005 with “Wait (The Whisper Song),” “Badd” (featuring Mike Jones and Mr. Collipark), and “Shake” (featuring Pitbull), three twerking anthems that all reached the top 20 of the Billboard Hot R&B/Hip-Hop Chart.

The new mixtape marks the reunion with musical mentor and ATL legend Mr. Collipark, the music executive behind the duo’s early success and sound. To celebrate the reunion, Livemixtapes produced a documentary series called “Certified Twerk” for their video website TrillHD, that gathers Ying Yang Twins, Mr. Collipark and original engineer Billy Hume together for the first time since 2006.  In the premiere episode, they explain the origins and recent popularity of twerking in pop culture.

Ying Yang Twins have stayed busy the past few years touring across the country, and are currently on the Mood Swing 360 and Karma Loop sponsored Keep Calm and Twerk Tour that coincides with the release of Ass in Session. The tour dates are as follows: