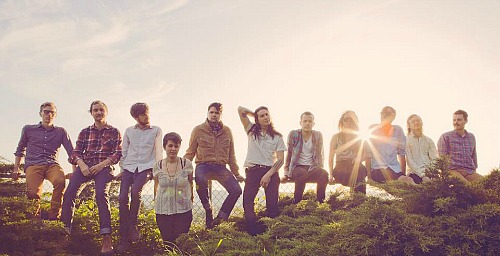 “White Lighter” – out August 20th – is the follow up to the bands EP A New Kind Of House that caught the attention of countless music critics and listeners for it’s inspiring hybrid of literate lyrics and wide ranging pop music.

Typhoon will head out on a North America headlining tour beginning September 5th in their hometown of Portland, OR. This six-week tour will include performances at the Austin City Limits Music Festival, Pop Montreal and Music Fest NW, along with stops in New York, Los Angeles and Chicago.