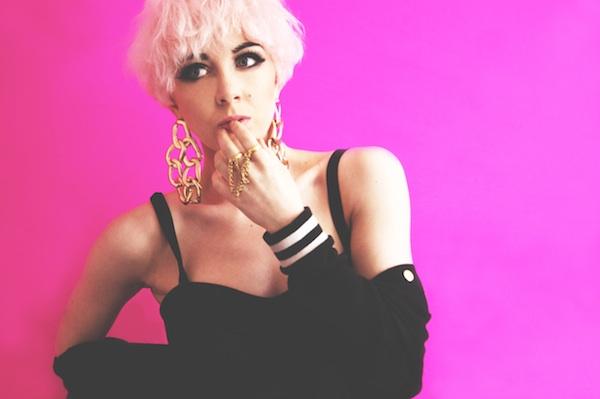 UK indie-pop artist FEMME took home the award for “Best New Emerging Artist” at the International Music Industry Awards held at the Roosevelt Hotel in Hollywood during MUSEXPO last week. As the winner of the award, voted on by respected music industry executives, the artist performed along with her DJ and dancers, “The Bullet Girls” at the Hollywood bash on Wednesday. The performance kicked of a mini West Coast tour with stops scheduled at LA’s Bootleg Bar, The Hard Rock Café in San Diego, and The Heineken Dome at Coachella.

FEMME first appeared on the music scene as the front-woman for critically acclaimed Ultraísta, formed by Radiohead producer and one half of Atoms For Peace, Nigel Godrich. Earlier this year, she released a double A-side of ‘Feverboy/Heartbeat’ in the U.S. The tracks are available on iTunes and via limited edition pink heart-shaped vinyl.

Femme has been called “A new voice for the girl-pop revolution” by The New York Times, a “British pop darling” by SPIN Magazine, and NYLON claims they’re “Obsessed.” We have to agree. She does have a quality that a lot of pop stars today are outright void of: authenticity. This hands-on artist keeps the creative process close – she writes and records her own tracks, heads up the direction and production for her videos, and even designs her own album artwork. Check out The Untitled’s upcoming forthcoming Issue 7 for our exclusive shoot and interview with the up-and-coming musician.