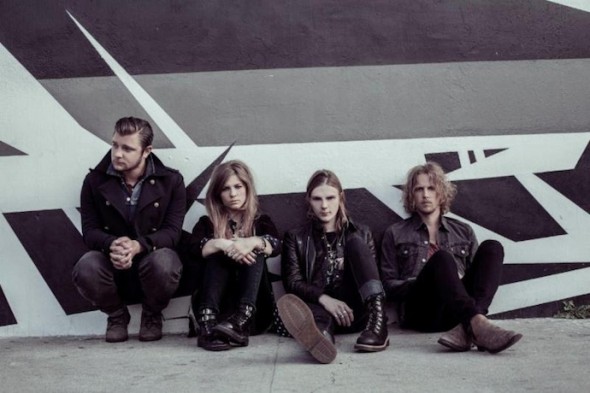 British rock group Kill It Kid have released the official video for their track, “I’ll Be The First.” This is the first song from the band’s forthcoming album, You Owe Nothing. Check out the video below. The track is also available as a free download from the band’s official site, KillItKid.com. Stay tuned for more news about the full-length release.

Kill It Kid will be joining fellow Blues revivalist Gary Clark, Jr. on his European tour in Germany. For a full list of upcoming Kill It Kid tour dates, see below.

Kill It Kid was formed back in 2008 when guitarist and vocalist Chris Turpin joined forces with drummer Marc Jones and co-vocalist/pianist Stephanie Ward. They drew inspiration from American blues, both in style and in name, taking “Kill It Kid” from a Blind Willie McTell tune. The band spent the next four years working intensely, touring and growing a following in the U.K., which led them to Sire/WBR.

Their music has since spread worldwide, with their song “Run” featuring prominently in a global Samsung TV commercial. A full-length record will be out later this year, and is a crossroads between unadulterated blues catharsis, tight rock ‘n’ roll song writing, pensive folks musings and distorted grunge attitude.