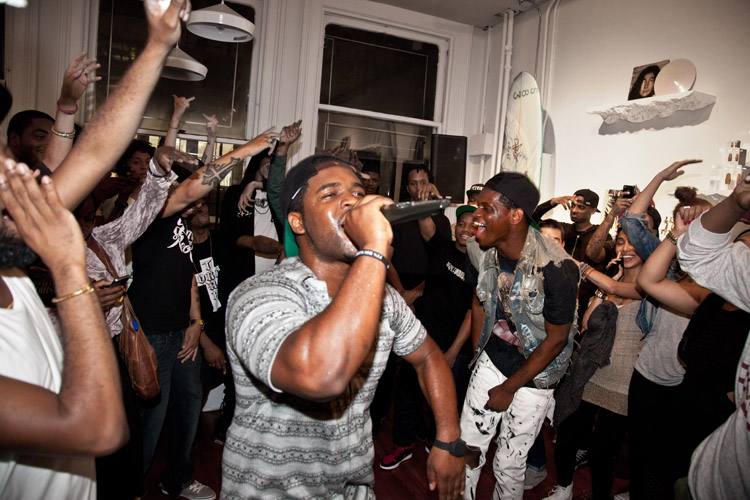 On Tuesday, June 5th, W Magazine threw a party for artist Rashaad Newsome, who is featured in their June issue, at Grey Area, the hip Soho part boutique, part gallery space, with a surprise performance by A$AP MOB. Newsome presented his latest work alongside an eclectic collection of work including collages and videos featuring iconography from black culture, a Julian Schnabel towel, and a cigarette box painted with an acrylic fetus. Newsome’s newest work, a series of bling-encrusted frames which were featured in this month’s issue of W, take inspiration from jeweled heraldic shields as tokens of identity, a theme he’s recreated in his work by replacing traditional knightly symbolic imagery with hip-hop icons such as cars, video girls, sneakers and iced-out chains. Newsome uses fine jewelry to create his pieces, taking vintage brooches, necklaces, bracelets, and rings from haute jaoaillers such as Tiffany, Dior, Van Cleef & Arpels, and Cartier.  DJ Venus X started the party off, unifying the diverse crowd of party guests on the dance floor.  Towards the end of the evening, in an unusual move for an event hosted by the typically conservative W, there was a surprise performance by A$AP Ferg and A$AP NY-Nast, two members of A$AP Rocky’s hugely popular Harlem rap crew, A$AP MOB. Guests at the event embodied the convergence of these diverse worlds of art, rap, and fashion in a single location, and included Stefano Tonchi, Yasiin Bey (formerly Mos Def), Pierre Levai, Coco & Breezy, Anthony Haden-Guest, and Lady Liliana Cavendish. This event truly marks a shift in the aesthetic and demographic that W Magazine has usually gone after. With the arrival of Stephen Tonchi at the helm, W has made significant changes from its early days catering to socialites and Upper East Siders. Tonchi has given the magazine new direction and purpose, giving it a youthful and more edgy slant . 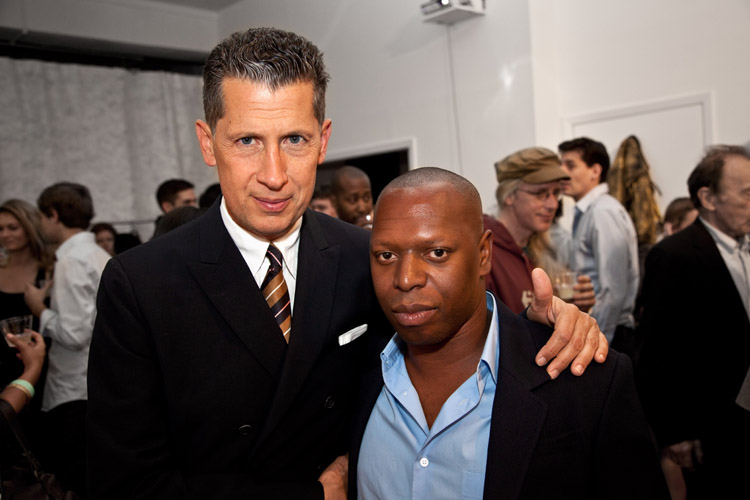