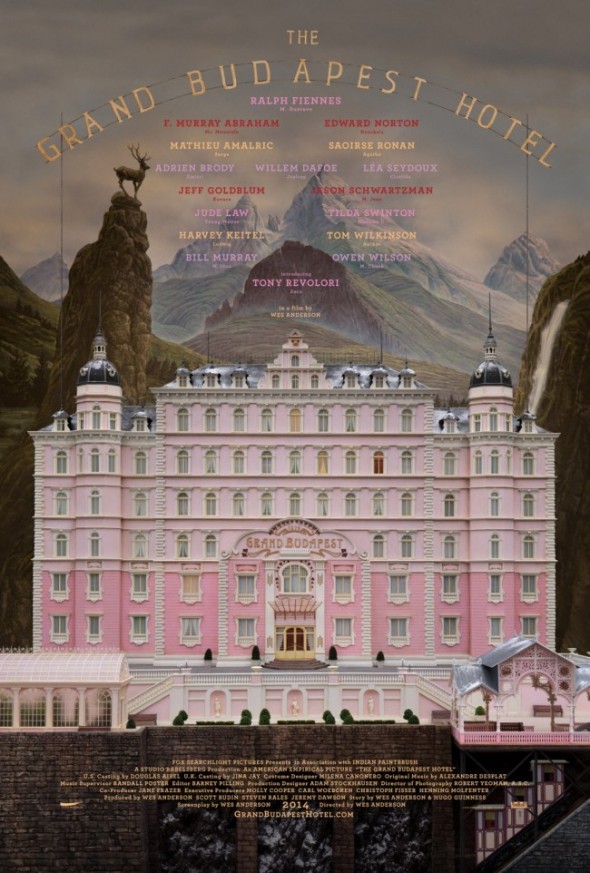 Take yourself back to a time when no one had heard of Wes Anderson, long before The Darjeeling Limited and The Royal Tenenboums, to a time just before the release of comedy-drama Bottle Rocket in 1996. Cinema was pretty much a cavalcade of predictable Bruce Willis and Julia Roberts flicks, cinematic eccentricity had all but taken a back seat by the mid-nineties. That was until the Texan film geek with an odd passion for Bengali director Satyajit Ray and French filmmaker Louis Malle came to Hollywood.

Some 18 years since the release of Bottle Rocket, Wes Anderson has amassed an impressive back catalogue of quintessentially screwballtastic films, where avant-garde comedy and fairytale fantasy are used in just the right amounts. He has continually perfected his craft for the intelligently bonkers. Basically Anderson is the love child of Quentin Blake and Lewis Carroll.

Anderson has definitely mixed together the right formulas, an eccentric hotel concierge, a treasure hunt, murder, friendship, it’s all there. Without even watching the film you get the sense of comedic reverie. Time and again Anderson’s directorial delivery and quick witted writing has built up a huge fan base, and a fan base which has come to expect a certain degree of perfection from this master of unashamed escapism.

So, will The Grand Budapest Hotel live up to the sweetness of Moonrise Kingdom or the visual splendour of The Life Aquatic, those are answers we will have to wait for, but if the trailer is anything to go by, Anderson has once again struck gold with this dreamlike concoction.

FRENCH ASSOCIATION AT ODDS WITH KARL LAGERFELD OVER "FAT" COMMENTS

SOFIA COPPOLA’S “ON THE ROCKS”: A BREEZY STOP ALONG THE WAY

91ST ACADEMY AWARDS – GET THE COMPLETE LIST OF OSCAR NOMINEES