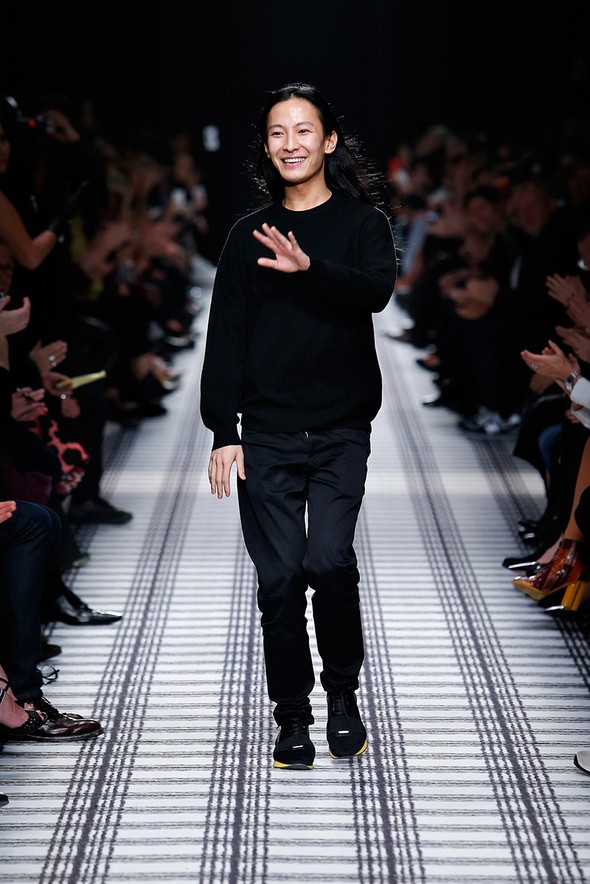 Alexander Wang was appointed creative director to Balenciaga in 2012, and after two-and-a-half years, the two power houses are parting ways. On July 30th, Kering, the luxury group that owns the french label, confirmed that Wang’s contract would not be renewed. The well-known designer would step down and focus on his namesake brand. Although, there has not been much talk of bad blood between the two powerhouses, Wang’s somewhat sudden departure brings up a question of what the designer has accomplished as Balenciaga’s creative director.

Over the course of his reign, Alexander Wang managed to produce a number collections, featuring ready-to-wear fashion. While his first collection, which debuted in 2013, gathered a wave of excitement and publicity, his vision was often summed up to be nothing more than ordinary. Under Wang’s vision, the label has als0 released a number of high fashion ad campaigns – including the most recent one with Kate Moss and Lara Stone – as well as being worn by some of Hollywood’s most prestigious stars on the red carpet.

Aside from those notable accomplishments, Wang has also created a lot of buzz surrounding the label’s jewelry, which has been a large hit in the editorial realm. In terms of clothing, the collections following his debut in 2013 barely sparked conversation. The most recent collection, which showed in Paris Fashion Week, earned the most praise due to its unique perspective that went beyond the label’s previous collections.

But Alexander Wang has yet to produce anything that has outdone his predecessors or competition. Wang’s predecessor, Nicolas Ghesquière, produced the “It” motorcycle hand bag in 2001, and it continues to be sold today. An “It” handbag is not a foreign concept to Wang, as his own Rockie bag proved to be a huge hit, yet his bags for the house – while stunning- have yet to produce the same excitement and influence.

Alexander Wang’s creative direction has not affected Balenciaga’ sales. The label’s revenue has actually been growing at a moderate rate during the designer’s reign, with help from its in-store purchases. Balenciaga has yet to announce a successor, but has confirmed that the Spring 2016 show on October 2nd, will be his last.